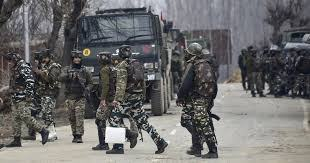 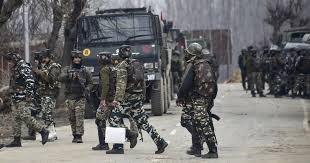 When the world was celebrating the day of love, an unfortunate incident in Pulwama struck the chords of hatred and revenge for the entire nation. On February 14, a convoy of vehicles carrying security personnel on the Jammu Srinagar National Highway was attacked by a vehicle-borne suicide bomber at Lethpora (near Awantipora) in the Pulwama district, Jammu and Kashmir,  resulting into the deaths of 40 Central Reserve Police Force (CRPF) personnel and the attacker. The responsibility for the attack was claimed by the Pakistan-based Islamist militant group Jaish-e-Mohammed. The nation plunged into fervour of patriotism showing solidarity with the martyrs and national concerns. Debates and discussions were on all news channels, innumerable posts flooded the social media, candle light marches happened across the cities and serious analysis was taken up on the corner of every street. On 26 February, twelve Mirage 2000 jets of the Indian Air Force crossed the Line of Control and dropped bombs into Balakot, Pakistan. India claimed that it attacked a Jaish-e-Mohammed training camp and killed a large number of terrorists, reported to be between 300 and 350. Pakistan claimed that they quickly scrambled jets to intercept the IAF jets, who dropped their payloads to quickly return over the Line of Control. On 27 February, Pakistan Air Force conducted an airstrike into Jammu and Kashmir in retaliation. Both Pakistan and India agreed that no damage was caused by Pakistan’s airstrike. However, in an ensuing dogfight between Indian and Pakistani jets, an Indian MiG-21 was shot down over Pakistan and its pilot, Abhinandan Varthaman was captured. He was released on 1st March.

This was an overview of events which none of us missed. The finer nuances of this difficult situation however get lost amidst the emotional turbulence and patriotism. The villages on both the sides of the disputed border continue to live in perpetual fear throughout the year. The continued surveillance, patrolling and the wrath of unexpected firing from the opposite side seethes in their hearts throughout the year, which none of us can fathom. In situation of attacks like these the dread escalates and angst knows no bounds. The families yearn for peace and not resorting to war in any situation. For them, any violent measure for finding a solution does not seem to be the best option available.  Do they sound to be less patriotic? Not really, almost all families have at least one family member in the army. And probably that is the reason that they ask for peace but not through power.

On the other side of it is the political foray which tries to strike balance between the reaction of a responsible state and an emotionally charged population. As a country, it becomes essential to play the cards right in such situations either through the display of hard power or soft power or building up international pressure or exercising trade restraints. The display of might through use of forces is not the foolproof plan to eradicate the problem completely as any retaliation at larger scale would know no ends to destruction. Any attack is a deterrent and show of intolerance to the miscreants. Even if it is believed that the Balakot attack was an electoral move keeping in mind the 2019 elections, the importance of the physical attack here seems not to be underestimated. We cannot be seen as a nation who would suffer continuously without any answer to give back. Since 2016, after the Uri attack, we have shown that we hold the capacity and strategy to retaliate in equal capacity.

The serious matter is the proliferation of terror with the alleged aid of finances and power from one particular country. There have been trail of events where we see organisations like Lashkar-e-Taiba being pushed towards the political arena and others like Jaish-e-Mohammed as militant. The civilian government might be seen as trying to combat the terror camps but that wouldn’t be possible without the proactive support of the army. The close nexus between army profiles and the organisation heads speaks volumes about the irreparable condition of a deep state.

It is a common opinion that India needs to confront this problem with all the arrows in its quiver. There is no question of depending only upon the diplomatic or military channels. Diplomatically, we have fared well enough in isolating them at international level. Financial Action Task Force (FATF) has categorised Pakistan in the grey list already. International condemnation of breeding grounds for terrorism has picked up pace and many countries have denied extending hand to Pakistan in recent times. In terms of economic measures, India needs to make sure that trade and aid restriction towards Pakistan should be maximised to ensure that the finances reaching the terror outfits are crippled. Within India all the political articles need to come on to the same page for the entire year and not just only in the wake of such instances, with respect to the national security concerns. The social boycott through the banning of movies, artists, sports etc has been suggested as a way to express the angst and discontentment against the country. We have to adopt a multi-pronged approach and as a nation we need to decide unanimously about the course of action. There can be no bigger concern than the national security.

We are looking for peace through power. The question is how we choose to express this power, through people, prowess, policies, petitions, and in what proportion?