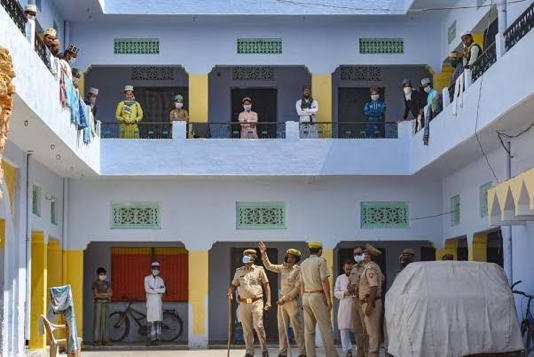 Uttar Pradesh Chief Minister Yogi Adityanath on Friday requested conjuring the National Security Act (NSA) against patients having links with the Tablighi Jamaat who were allegedly badgering  clinical staff while in quarantine.

This is yet another incident where the State has used the draconian law, despite availability of alternative reliefs which are provided under the Indian Penal Code (IPC). The use of such draconian laws is a means of curtailing Fundamental Rights which are otherwise granted by the State. In times of a pandemic, where access to Courts is not easily available, arbitrary use of such laws becomes more troubling.

Post-independence India got its first preventive detention rule when the government headed by Prime Minister Jawaharlal Nehru enacted the Preventive Detention Act of 1950. The NSA is a close iteration of the 1950 Act. After the Preventive Detention Act expired on December 31, 1969, the then Prime Minister, Indira Gandhi, brought in the controversial Maintenance of Internal Security Act (MISA) in 1971 giving similar powers to the government. Though the MISA was repealed in 1977 after the Janata Party came to power, the successive government, led by Mrs. Gandhi, brought in the NSA.

In the normal course, if a person is arrested, under the provisions of IPC he or she is guaranteed certain basic rights. These include the right to be informed of the reason for the arrest which is provided under Section 50 of the Criminal Procedure Code (Cr. PC). Similarly, Sections 56 and 76 of the Cr. PC also provides that a person has to be produced before a court within 24 hours of arrest. Additionally, Article 22(1) of the Indian Constitution states that an arrested person cannot be denied the right to consult, and to be defended by, a legal practitioner of his choice. But none of these rights are available to a person detained under the NSA. A person could be kept in the dark about the reasons for his arrest for up to five days, and in exceptional circumstances not later than 10 days. Even when providing the grounds for arrest, the government can withhold information which it considers to be against public interest. The arrested person is also not entitled to the aid of any legal practitioner in any matter connected with the proceedings before an advisory board, which is constituted by the government for dealing with NSA cases.

Punishment under provisions of Indian Penal Code are clear and sufficient –

An overreaction by the State?

The National Security Act therefore seems to be an overreaction by the State as it violates nearly all due process rights, including most notably the presumption of innocence. The objective of the Act is to prevent terrorist attacks or respond to existential national crises because the seriousness of the threat supposedly excuses the limitations on fundamental rights. While most proponents internationally do not conceive of the use of preventive detention other than as an extraordinary measure in exceptional circumstances, India regularly uses preventive detention to respond to ordinary criminal matters. Such use cannot be justified in a democratic, constitutional order such as exists in India.

The NSA can be invoked against those who go against the defence of the state, relation of the state with foreign powers, security of the state, public order; and maintenance of essential supplies and services. These are serious offences and various sections of the Indian Penal Code can be used against the offenders and they can be charged under the same. The NSA allows the government to keep such serious offenders in custody without charging them for any of these serious offences. Using NSA in times of pandemic reflects the “easy way out” approach which the State uses to circumvent the procedure and process as prescribed in the Criminal Procedure Code and the one’s they have to follow to abide by the justice system. The use of such an act to curb the spread of COVID 19 disease is therefore arbitrary. There is an urgent need to review the use of the National Security Act in times of Pandemic.

Shubham Airi is a Law Student at Christ School of Law, Christ University. His areas of interest include Criminal Law and Constitutional law.