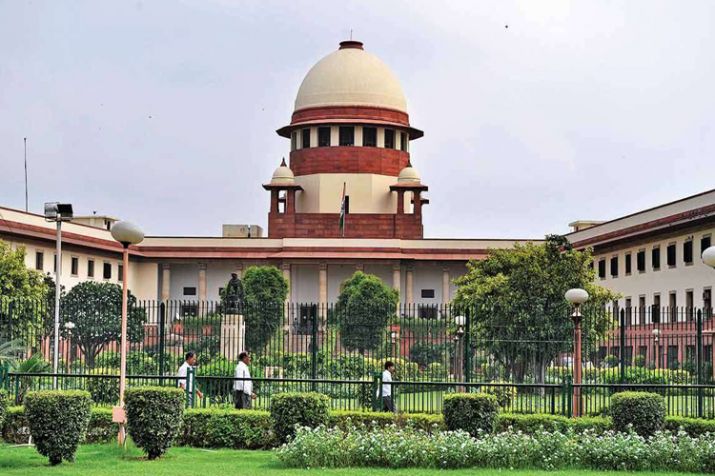 This article first appeared on lawchives.

A two-judge bench of the Supreme Court on Friday upheld the Insolvency and Bankruptcy Code, 2016 (IBC) to be constitutionally valid, in a decision that surprised many legal veterans. Justices R F Nariman and Navin Sinha in Swiss Ribbons Pvt. Ltd. v. Union of India, declared that the IBC is here to stay. In the petitions filed before the court, various provisions of the Code had been challenged on grounds of being unconstitutional in light of Articles 14 and 15 and precedents set by the apex court.

The learned Attorney General of India (AGI), Sri K.K. Venugopal, in response denied the above averments and stated that the Court’s decisions were being followed. it was also submitted that the twin classification test was satisfied and the distinction between operational and financial creditors was not antithetic to equality. Reliance was also placed on precedents to show the validity of sections 12A and 29A.

Decision of the Court:

The Court delved into the background surrounding the enactment of the IBC and relied heavily on its judgment in Innoventive Industries v. ICICI. The Court discussed the Bankruptcy Law Reforms Committee (BLRC) Report and compared the Indian scenario with global expectations. The Court also discussed how there is often an opportunity cost between social and economic legislation, especially when economic prosperity is believed to be better property rights for the few instead of equal pay for the many.

Though not discussed, economics and what the court believes to be “development” plays a major role in how the judgments of the decade are shaped. There is often a tussle between economic growth in GDP numbers and sustainable ecological growth. Various judgements such as the infamous Narmada Bachao Andolan case where the environment and large eviction was sanctioned citing economic reasons or Olga Tellis, where the right to livelihood as declared a fundamental right but pavement dwellers still rendered homeless with “public utility” taking precedence and empty pacifications of undertaking shelter programmes given.

The Court discussed that the motive of enacting the Code was to ensure revival and continuation of the corporate debtor (CD) by protecting it from its own management and death by liquidation. Thus, the Code is a beneficial legislation and not a mere recovery legislation for creditors. On the various contentions raised by the petitions, it answered:

1.       That the appointment of members of NCLT and NCLAT was not contrary to the decision in Madras Bar Association

Under Madras Bar Association, guidelines were given for the selection of members to the Tribunal.  The Court stated that the same had been brought into force by a notification dated 09.02.2018. moreover, an affidavit filed by the UOI clearly reflected that a Selection Committee was constituted to make appointments in line with the Supreme Court judgment in the year 2015 itself. Thus, there was no merit to this contention.

2.       NCLAT Bench only at Delhi contrary to Madras Bar Association

The Court accepted the AGI’s submission that Circuit Benches will be established as soon as practicable to comply with the Court’s decision in Madras. It directed the UOI to set up Circuit Benches of the NCLAT within 6 months from the date of the judgement.

3.       That the Tribunals are functioning under the wrong Ministry

The Court accepted the AGI’s submission that the rules of business mandated that Insolvency matters be handled by the MCA but stated that its decision in Madras had been given eight years ago and it was bound by the same. It was high time for the Union to follow the judgment.

4.       That classification between Financial Creditor (FC) and Operational Creditor (OC) is neither discriminatory, nor arbitrary, nor violative of Article 14 of the Constitution of India

The Court reiterated the principles set out under Article 14 and observed that there was an intelligible differentia between the classification of financial and operational creditors, namely the presence of the consideration of time value of money in the former and that of goods/services in the latter. It then went on to refer to the BLRC Report and the Report of the Insolvency Law Committee (ILC) to show that this classification had nexus with the object of the Act. The Court observed that FC’s are generally bank and financial institutions, which are involved with viability assessment of the CD from the beginning. They can engage in the restructuring of the loan as well as the reorganization of the C’s business when there is financial stress which are things OCs do not and cannot do. FCs are generally secured while OC’s are not. Such a distinction between secured and unsecured creditors has been recognised historically by the Companies Acts both in UK and India. Thus, the classification is valid in law and not antithetic to equality.

The Supreme Court differentiated between a “claim”, “debt”, and “default”. It also noted the distinct contractual arrangement with an FC as opposed to an OC. It stated that when this aspect is borne in mind, the differentiation in triggering insolvency resolution process by an FC under Section 7 and by OCs under Section 8 and 9 of the Code becomes clear.

6.       That Operational Creditors having no vote in Committee of Creditors (COC) is not violative of Article 14

The Supreme Court observed that the original Bill did not allow OC’s to attend the COC at all, but after modification of sections 24(3) and (4), OCs have been represented on the COC. But, since FCs are in the business of money lending, they are best equipped to asses viability and feasibility for the business of the CD. On the other hand, OCs who provide goods and services, are involved only in the recovery of amounts that are paid for such goods and are typically unable to assess the viability and feasibility of business. Hence Article 14 is not infracted either on the ground of equals being treated unequally or on the ground of manifest arbitrariness.

The Supreme Court held that the high threshold of requirement 90% of COC allowing withdrawal is also not arbitrary since all FCs have to put their heads together to allow such withdrawal as a settlement involving all creditors ought, ideally, to be entered into.

8.       That evidence provided by Private Information Utilities is only prima facie evidence of default

Since this evidence is rebuttable by the CD, the challenge on this ground fails.

9.       Resolution Professional has no adjudicatory powers

It was also held that the regulations clearly show that the Resolution Professional (RP) is given administrative as opposed to quasi-judicial powers. The RP is really a facilitator of the resolution process, whose administrative functions are overseen by the COC and by the Adjudicating Authority.

10.   Section 29A is constitutionally valid.

The Court held that the contention regarding the vested right of the applicant who applies under section 29A(c) was already answered in the negative in ArcelorMittal, the point was of no avail. It also opined that the sub-section was not restricted to malfeasance. Further, under the section accounts of the CD are only declared NPA only if defaults are not resolved even post the grace period.

The expression “related party”, and “relative” under 29A(j) must be read noscitur a sociiswith the categories of persons mentioned in Explanation I, and so read, would include only persons who are “connected” with the business activity of the resolution applicant, including during the implementation of a resolution plan. It does not exclude every “relative” of an ineligible person who might be otherwise qualified.

The rationale for excluding micro, small and medium under 29A is because the business of an MSME attracts primarily interest of its promoter and not of other resolution applicants. This will inevitably lead not to resolution but liquidation.

The Supreme Court observed that the repayment of financial debts infused capital into the economy and helped with further money lending. This rationale creates an intelligible differentia between financial debts and unsecured operational debts, which has nexus with the object of the Code. In any case, workmen dues, which are also unsecured debts have been placed above most other debts since there is legitimate interest to be protected. Thus, Article 14 does not get infracted.

In the end, the Supreme Court observed that the IBC deals with the economy of the country as a whole. It has increased the flow of financial resource to the commercial sector in India exponentially. Approximately, 3300 cases have been disposed of by the Adjudicating Authority based on out-of-court settlements involving claims amounting to over INR 1,20,390 Crores. 80 cases have been resolved by resolution plans being accepted. Of these 80 cases, the liquidation value of 63 such cases is INR 29788.07 Crores, whereas the amount realized from the resolution process is in the region of INR 60,000 Crores which is over 202% of the liquidation value. Thus, the benefit to the economy was clear from the enactment of the legislation.