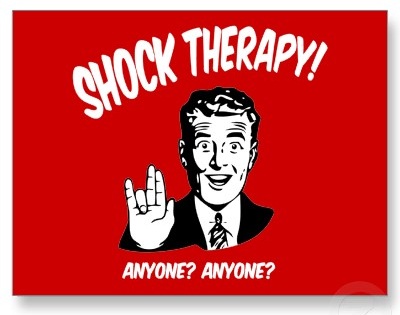 Introduction
The issue of speed and sequencing of reforms has become prominent in the early 1990s while designing a reform strategies for former Soviet satellite countries. The sequencing of reforms refers to the order in which either macroeconomic policy actions or specific reforms are introduced. The debates regarding the appropriate speed of reforms have given rise to discussions on what can be described as ‘big bang’ versus ‘gradualism. From the political economy point of view, many policymakers favor gradualism, however, this approach requires a robust administrative capacity while some prefer that reforms should be undertaken quickly. The big bang strategy in the absence of time consuming adjustment processes and costs would result in long run efficiency gains immediately.
Given this case, a rational individual would choose to opt for adjusting slowly to credible reforms even if the government chooses to follow shock therapy. Choosing between gradualism and shock therapy has become a highly debated topic. Some of the countries have chosen both the approaches. Proponents of a gradualism point to the experiences of Hungary and China while advocates of shock therapy point to the cases of the Czech Republic and Poland. Though the concepts of gradualism and shock therapy have been mostly applied to transition economies in the Central and Eastern European countries after the disintegration of the Soviet Union, India has also followed gradualism approach in the same period. The reason for countries like Hungary and other CEE countries to follow gradualism or shock therapy is due to a prolonged crisis or because of a system collapse. But in case of India, the process of transition has many starting points and the reforms have taken place due to the urgency of the balance of payment crisis in 1990-91 along with the pressure from international organizations like IMF and World Bank (World Bank, 2005).
However, the reason to initiate the process of economic reforms is also connected to the early reforms initiated by the Congress in the 1980s, the effect of Gulf War on India’s inflation. The government has signaled a systemic shift towards a more open economy with more dependence on the market forces, the role of the private sector and restricting the role of government. Over the periods of two decades, the impact of these gradual reforms has been positively experienced. While experiencing these benefits, India has implemented a shock therapy reform – the demonetization – in November 2016 which has abruptly affected the poor and weaker sections in the economy. With this backdrop, the paper would analyze the gradualism (in the 1990s) and shock therapy (2016) reforms implemented in India.

Shock therapy Vs. Gradualism
With the end of Communism in Central and Eastern European (CEE) countries came another challenge – a suitable approach for these countries to transition from a Soviet planned economy to a Western based market economy. During the communist period, the state controlled all the attributes of the economy where no individual profit holding venture was possible. But with the fall of the Soviet Union and its influence in these nations, it was time to build a new economy based on the free and decentralized market.
During this phase, two different approaches to transitioning were evident: Shock Therapy and Gradualism. Both aimed at overhauling the economic architecture of the country, bringing in new policies and schemes. Though the major difference lied in the time frame, with shock therapy focusing on short-term and gradualism is concerned with the long term, the two approaches aimed to address the policies essential for a smooth transition. The Shock Therapy, as the name suggests, aimed at quick implementation of numerous policies simultaneously – privatizing the market overnight, ending price control regime and others. This virtually ‘shocks’ the economy and forces a jump start with a fresh set of customs and reforms. Whereas in the Gradualism approach, these reforms are carried out in phases. The masses and the market are given time to grasp and absorb the changes taking place. But does the difference in approach really help? Is one better than the other?
As mentioned in the earlier section, there was immense debate taking place on the merits of shock therapy versus gradual reforms. It has been observed that most of the transition governments have used what shock therapy is also called as ‘big bang’ approach in their transitional process. At times, shock therapy is referred to as ‘Type I’ reforms and ‘Type II’ reforms is used for a gradual approach. In order to carry out Type I and Type II reforms, the major differences lied in the ability of transition governments, which was based on two important factors: their ability to reduce corruption and their ability to collect taxes in order to finance public program (Svejnar, 2002).
Jeffery Sachs is a well-known advocate of shock therapy in Central and Eastern European Countries. For him, shock therapy is the suitable means of action because, ‘the existing structures are the problem’ (Sachs, 1994). Sachs also emphasizes that, with quick implementation of reforms, most of the public is benefitted. For shock therapy proponents, the transition to a market economy is the destruction of the current system and building a new system. It involves macro and microeconomic reforms for the quick transition to occur. As shock therapy is being employed on the economy, it leads to the release of price and currency controls along with rapid liberalization of trade and withdrawal of state subsidies. This can be illustrated by the J-curve – a sharp initial fall in economic activity, yet the recovery is followed rapidly. On the other hand, the J-curve of the gradualist approach has a moderate initial decline in recovery following at a slower pace.
Given the nature of gradualism, most of the citizens “do not know before the reform whether they will be winners or losers (Dehejia, 1996)”. This is an attractive feature of gradualism to individuals who are uncertain about the results reforms can impact their lives. Gradualism enables the public to accept or reject the reforms, which allows its government to decide whether there is a need to execute additional reforms.
When following the Shock Therapy, any opposition to the reforms is minimal, because, given its nature, it does not give time for individuals to plan a strategy. But at the same time, it does not give them time to assess the reform and verify whether it will be beneficial for them in the long run. Using Gradualism, there is scope for trial and error as the failure of one reform initially can be rectified in the next along with giving time to tailor a policy which would benefit everyone. But even this is not always unproblematic. Hungary, prior to applying the economic reforms, almost had a decade of experience in initiating soft reforms in the 1980s itself. That is the reason it is one of the most successful transition economies in direct sales.
One important feature of shock therapy is that it brings benefits quickly, but if the shock is too strong, i.e. if the economy is not able to jump start in time, then the repercussions are damaging. There can be widespread corruption, with no policy implementation, with the gap between rich and poor widening due to privatization. This can even give rise to oligarchic tendencies among a select group of people. On the other hand, if the Gradualism approach is too slow, then the effect of one reform could fade out before the next rolls in. And this is worse if the two are interdependent. Inflation can lead to a depreciation of the currency, in turn tilting the balance of payment in the negative with higher imports. This, in turn, would bring another policy, which will definitely upset some part of the business community. Hence, the key lies in applying the right policy at the right time.

Conclusion
India’s experiment with the demonetization phenomena has impressive objectives nevertheless, the implementation process has caused undeniable hardship to the common citizens of India, especially its huge informal economy. This underlines that the need for basic financial literacy to be given priority rather than using instruments which would force people into banking activities. Instead of a big bang move for demonetization, a more gradual transition would have avoided from the sufferings of the common people. The unearthing of black money objective of demonetization has failed because most of the black money was in the form of wealth. The capacity of ATMs to dispense the new notes was incomplete and there were instances of ATMs dispensing counterfeit currency of the new Rs.500 and Rs. 2000 notes (Raj,2016).
On the other hand, there is an increase in awareness of the banking system and digitization amongst the common public along with unearthing the black money which is held in cash. Furthermore speculative and rampant terror activities seemed to have been tamed.
It is according to the situation if gradualism or shock therapy is a better fit in a situation. If Shock therapy (like demonetization in India) was to be implemented there should be supplementary plans which would reduce its immediate effects. Though the action plan of implementing shock therapy is strong there are always immediate effects and risks to a certain extent and could have negative effects on the economy. Whilst gradualism may not include a shock element, its benefits are spread over the years to deliver. Therefore it can be assumed that the shock therapy reforms are short term reform mechanism which is more volatile but immediate and gradualism is a long term strategy which is not immediate but is better over time and is less volatile with low risk of failure.

Sanjana Medipally is a final year student at Jindal School of International Affairs.