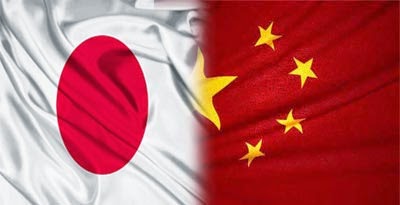 October 17, 2014 Editor Foreign Policy, Op-Ed, Security Leave a comment
Piyush Singh argues how China’s tactic of coercive diplomacy is finding no takers in Japan and seems to be boomeranging. Japan in its National Security Strategy has clearly defined that it’s not going to let China gain an upper hand in the region and the piece explores this further. 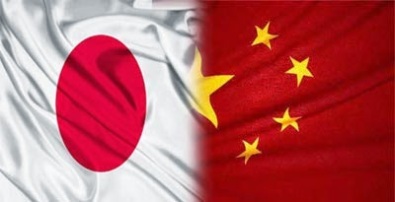 In late 2013, Japan unveiled its new National Security Strategy (NSS) with the aim of countering China in the region and to maintain regional peace and stability. This was in the background of an increasing tense environment in South China and East China Sea. The point to note is that Japan’s new national security strategy is in stark contrast to its pacifist constitution and self imposed ban on weapons sale and technology transfer post World War II.
Japan, in its Strategy, flags the danger it encounters from China-the single dominant power in the Pacific. The Strategy states that Japan’s economy is primarily based on the Sea Line of Communication (SLOC) in the Pacific and Malacca Strait and that China’s dominance over these regions would hamper Tokyo’s economic interest and national security. The NSS lays down the path Japan is likely to take in the next decade in a bid to safeguard its interests. Japan will reportedly spend around 250 billion USD over the next five years to buy state- of –the- art submarines, maritime surveillance ships and the next generation fighter jets. The main focus of the NSS is to maintain status quo in the region and abide by the existing international law and order. Tokyo aims to prevent any aggressor country from use of force or coercion, assertions or whims to disturb the current status.
In the Strategy, Japan lays out the historical contribution it made for the world peace and development post World War II. The country states that it will continue its policy of “Proactive Contribution to Peace”. After unveiling its new Strategy, the island nation sought to pacify the regional countries about its intentions trying to allay fears of it assuming the colonial dominance of pre-World War II. The new NSS identifies India and China as the primary drivers of the global power shift and emerging geo-politics. Policymakers specifically point out the role of Japan and India in UN led peacekeeping operations across the world and their value in maintaining regional peace and stability in conflict zones. Japan’s cuddling of India in recent years, irrespective of the leadership changes, shows the strategic value Japan accords to India.
India has become the largest recipient of Japanese Official Development Assistance (ODA) overtaking China. Japan is investing heavily in Delhi-Mumbai Industrial Corridor (DMIC) and various other projects across India. It has also made an offer to sell its U-2 amphibious aircraft to India recently. This is quite a departure from Japan’s self-imposed ban on sale of weapon systems and arms to other countries. In the NSS, Japan has clearly mentioned the role it wants India to play in Asia.
JAPAN’S CHINA POLICY

With regards to China, Japan has quite brusquely identified its age old counterpart as a source of trouble- maker in the region and a threat to its existence. Since most of its trade activity is carried out through sea, any possible ‘aggressive’ move by the Chinese is seen as a threat, out to undermine Japan’s sovereignty, which in turn, triggers a strong response based on the ‘rule of law’. The recent declaration of Air Defense Identification Zone (ADIZ) over Senkaku Islands by China was seen by Japan as an infringement over its territorial integrity. Historically, China has been a land- based power as opposed to naval, except for a brief period in the 15th century when Zheng He (he carried vast expeditions to Indian Ocean, Persian Gulf and Africa, a contemporary of Colombus) led the largest ever naval expedition across the world to the West and Africa.
The recent build-up of Chinese navy and maritime forces have caused fear among its neighbors, especially Japan, which recently went on to unveil its largest ever 2000 metric ton helicopter carrier of Izumo Class to enhance its maritime surveillance operations. This was Japan’s fourth helicopter carrier in the past four years. Many analysts believe that the helicopter carrier can be converted into an aircraft carrier in times of an emergency. In addition to the three reconnaissance UAVs and four large early warning aircraft to supplement Japan’s current air fleet of Airborne Warning and Control System (AWACS) , Tokyo will procure additional air, maritime and amphibious capabilities: four more refueling tankers to sustain operations and 28 more F-35 Joint Strike Fighters to ensure air superiority. This is apart from 17 V-22 tilt-rotor Osprey for surveillance and mobility, and 52 amphibious vehicles to defend offshore islands. Japan’s focus on maritime security shows how vulnerable it is at the whims of China should Beijing decide to cut-off supply lines in case of a conflict.
The other important aspect of this Strategy is Japan’s dependence on the US for its security. The US has supported Japan since the end of World War II but recently, the sentiments are a bit ambivalent. The NSS lays out that Japan now will no longer depend on the US for support; rather, it will back Washington, in conflicts around the world to help maintain world order and peace. China’s rapid naval modernization and anti-access and area-denial (A2AD) concept, which is aimed at choking the US carrier groups beyond not only the first island chain groups but second island groups too, has created ripples in the US naval establishment and is formulated to deter US naval forces to help Taiwan in case of a conflict.
The main objective is to deny America forces access to the region. Japan’s clear national security strategy and its defense plans are dynamic expressions of Tokyo’s national security policy. It seems that Tokyo will continue keep a keen eye to the future regional developments and will remain allied to the US.Japan and China have never been great powers at the same time in history and their distaste of each other’s cultural and political system goes back to centuries. A recent study showed that nearly 90 per cent Japanese had an unfavorable view of China and 93 per cent Chinese harboured the same sentiment against Japan. Japan with its ally, the US will certainly try to guard itself against the changing regional dynamics so as to prevent China’s not-so-peaceful rise.
Piyush Singh is a LL.B. student at Hidayatullah National Law University, Raipur. A keen China watcher, he is interested in interdisciplinary research on International Law and International Relations.