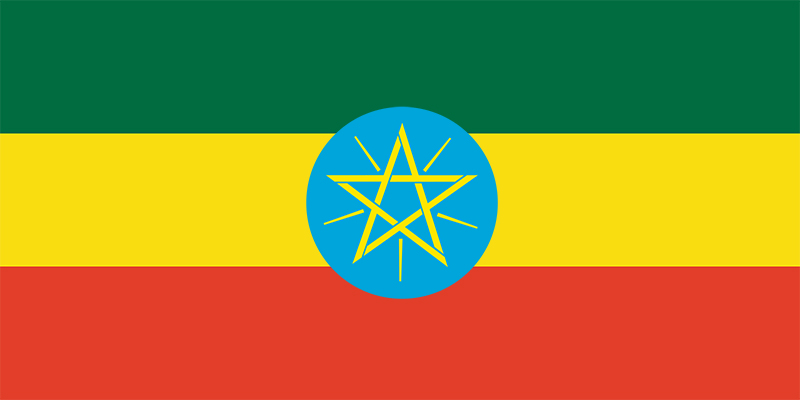 The history of the African continent is simultaneously fascinating and saddening. It is considered to be the home of the first humans and the Hominidae, signifying a deep relation with human history. However, Africa’s history is also marred with the advent of colonisation by Western countries and centuries of oppression, atrocities, exploitation, and racism that most parts of the continent still have not recovered from. In this context, the story of Ethiopia remains perhaps one of the most interesting ones in the history of Africa. Located in the Eastern region known as the “Horn of Africa”, Ethiopia is a landlocked country that is split by the Great Rift Valley. Bordering the states of Eritrea, Somalia, and South Sudan, its location is politically as well as geographically important in terms of international security.

It is a site of ancient culture, with archaeological findings dating back to more than 3 million years ago. It is the only country other than Liberia in Africa that can claim a history without colonisation by Western powers. Ethiopia is also Africa’s second-most populous country. In recent years, Ethiopia has emerged as a major power in the Horn of Africa, bolstered by rapid economic growth and increasing strategic importance in regional as well as international context. This article will analyse Ethiopia’s importance in the international security context with reference to its political and economic policies.

As a consequence of never having been colonised by a Western power, Ethiopia was able to retain a level of independence that allowed it the power to be the first independent African nation to join the United Nations. It’s role as a founding member of international organizations such as the African Union, whose headquarters are in Addis Ababa, the capital city, also grant Ethiopia immense power and status in the region.

Ethiopia’s history is also very closely related to its neighbour Eritrea. Formerly under Ethiopian control, Eritrea managed to gain independence in 1993 after a protracted struggle, and thus began a long-standing conflict between the two countries. However, in 2018, the current prime minister Abiy Ahmed ended the conflict with Eritrea – beginning a historic period of better financial and trade relations, gaining access to Eritrean ports, and enhancing Ethiopian regional importance. In fact, the peace deal was so significant that it led to Abiy Ahmed being awarded the Nobel Peace Prize in 2019.

With one of the largest populations in Africa and almost 70% of them under the age of 30, Ethiopia has the scope to be a huge economic giant in the region. It also has an excellent economic growth rate of over 10% every year for the past 15 years. Prime minister Abiy Ahmed, who was elected in April 2018 started a series of reforms to open up the economy to foreign investments and privatise companies formerly owned by the state. An outpouring of investments from foreign countries and organizations is part of the larger plan of Abiy Ahmed to modernize the economy.

Recently, Ethiopia was poised to receive an aid package of 2.9 billion USD from the International Monetary Fund, a package that would significantly bolster the economic reforms being undertaken by Ahmed, as well as provide the approval stamp of international organisations. This package also had certain consequences in the international political landscape, as it countered the overwhelming aid that China had been providing to Ethiopia. By maintaining a balance between the West and China, the investment sector in Ethiopia has become another stage for the power struggle between the two groups.

Arguably the most important international implication of Ethiopia’s rising economic importance is its increasing role in regional and international security. Ethiopia’s location in relation to Somalia has provided it with the power to intervene, especially with regards to the terrorist outfit Al-Shabab. Since 2007, multiple counterterrorism missions by international organisations like the African Union and the United Nations have involved Ethiopia. The United States has worked closely with Ethiopia in its Global War on Terrorism, going so far as to name Ethiopia a strategic partner.

In the Horn of Africa, Ethiopia is the nation with the largest military and is deeply involved in peace missions in Somalia as well as South Sudan. More than once, Ethiopia has intervened to stabilise relations between Sudan and South Sudan for issues such as border disputes and resource division. Its presence in an otherwise volatile region provides much-needed stability and security. Ethiopia has also proved itself valuable to the international community by brokering these peace deals, as is displayed by the recent aid package by the IMF. Ethiopia’s amplified role in the realm of security also stems from the newly reinstated relations with Eritrea, providing the landlocked country access to Eritrea’s long coastline. Aside from the pragmatic benefits of this deal, it is another step forward by the Ethiopian government in stabilising the region.

The rise of Ethiopia in the realm of international security and economy is tied to regional gains and the current government of Abiy Ahmed. After first stabilising the internal ethnic conflicts in the country, Ethiopia is now exerting its power as a regional African giant in a bid to forward economic growth and security. The incoming foreign investments from the West is an acknowledgement of this. It provides the U.S. and other Western nations with a greater ability to cooperate with Ethiopia on a number of issues from infrastructure investment to counterterrorism efforts. The recognition of Ethiopia as an important player in the larger international forum is necessary for the current socio-political climate and especially the interaction of the West with rising Asian and African countries.