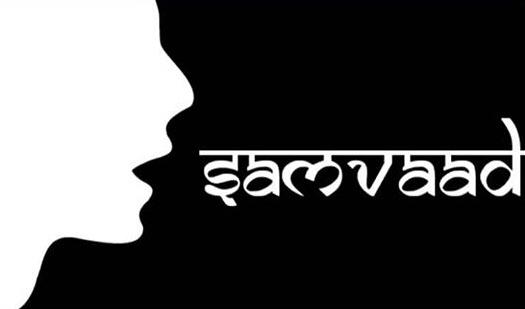 Caste in Christianity; Conversions and Problems Faced by Dalit Christians.

In this month’s Samvaad discussion, Dr. Sanal Mohan, author of Modernity of Slavery: Struggles Against Caste Inequality in Colonial Kerala, talks about the discrimination meted out the Dalit Christians from a historical and socio- anthropological . He begins with explaining the social fabric in colonial Kerala, where upper caste Hindus and upper caste Christians have historically held repressive control over land while the Dalit Christians are suppressed as agricultural labourers.

Within this group, he looks at different caste groups such as Pulayas, Ezhavas and the Kuruvas who formed the “enslaved social group” and were denied agency. Dr. Mohan explains the oppressive relationship between the landholders and the labourers, who could be bought and sold either separately or along with the land. This led to the break in familial relations as fathers and mothers would be sold to different landlords which would separate them from their children. In this discussion, he sheds a light on the idea of “absolute right” that was afforded to the upper caste in Kerala, who had an immutable ownership of land, irrespective of the religious community they belonged to. This concentration of land in the hands of the dominant upper-caste groups was a result of the commerce and trade that flourished in the region that transcended religious communities.

Further in the conversation, Dr. Mohan stressed on the reasons that led to the permeation of the discriminatory caste system into Christian community of Kerala that were upheld as shared social values, ideas, and practices by the Upper Caste Hindus and the Upper Caste Christians. He succinctly explains “In Christianity, spiritually, one cannot bring in Caste but that doesn’t mean Christianity doesn’t have caste”. In the process, he deconstructs the idea of social spaces being created and shared amongst the dominant community.

For Dr. Mohan, religion is not just limited to its scriptures, but extends deeper into “lived religion”, where “social and religious values mingle together and solidify to create what religion in actual practice is”.

It is through the practice of lived realities that the Christians adopted the caste structure and the same discriminatory system became widespread within Christianity.

From the perspective of marginality, he critiques the developmental model undertaken by the state- the ‘Kerala Model of Development’- which has, in its pursuit of providing health and education benefits to the people, has left out the marginalised groups. Dr. Mohan scathingly point out that women who come from all caste groups and religions are often ignored from the mainstream development process. Moreover, these neglected groups include individuals from the fishing community, Dalits and Adivasis. Arguing from a social citizenship framework, Dr. Mohan posits that the state must ensure dignity to each and every individual.

At a more political level and on the question of reservations for Dalit Christians, he calls the arguments put forward by the state that Christianity as a religion does not profess the caste system and thus is more egalitarian in its roots- is flawed. Citing the work of Satish Deshpande, who has extensively documented the discrimination that the Dalit Christians face, Dr. Sanal Mohan questions the intentions of the government on the question of reservation, arguing that “it is a matter of convenience for the state.”

A firm believer of the idea of democratic understanding of the citizenship rights of the Dalit Christians, he rejects the “baseless arguments put forward by the Indian elites” and calls the complicit role of the upper-caste Christians in enabling their caste interests and not extending support to Dalit Christians. From the perspective of social and political citizenship, he argues for the legitimate right for reservation to the oppressed groups.

For the second part of the Samvaad discussion focusing on the Dalit Christians, the conversation was held with Dr. Rowena Robinson, professor at the Institute of Humanities and Social Sciences at IIT-B. She articulately explains the social stratification that occurred under the British during the early 20th century through the Indian Council Act of 1909 or the Morley-Minto Reforms. She concedes that despite this legislature allowing the increase of Indian participation and granting separate electorates for the Muslims, it had a lasting impact on dividing the country. According to her, “the most important ingredient of the British rule was dividing the population on the lines of religion and caste to control more territory and people”.

She argues that this laid the foundation of concretising the idea of ‘Majority’ and ‘Minority’. Dr. Robinson stresses on the role of the Government of India Act of 1935 played in furthering and extending the idea of reservation and separate electorates to the other sections of the society including the Sikhs, Christians and “Other Depressed Classes”. She speaks about how administratively the numerical minorities were treated as one category and were segregated from the “Depressed Classes” who were classified on the basis of their social and economic backwardness. This, she argues, provided the basis for the colonial legacy of shaping India’s political, legal and administrative thinking.

Dr. Robinson also emphasised on the role of the partition in shaping the thought process of the Constituent Assembly at that time. She argues that once the “once the shadow of the Partition fell on the Constituent Assembly, there was a pressure to compromise for the minority groups”. She speaks about how the Christian group particularly was committed to the realisation of a secular nation and how they had to compromise giving up political representation, separate electorate and reservations. “In return”, she says, “what was consolidated was Cultural and Religious Freedoms”.

Dr. Robinson then talks about the concept of fraternity as a topic being more complex and a wider range of topics than secularism as it also has a social component apart from the political aspect. She interprets the concept of the fraternity from the point of view of the Constituent Assembly. Firstly, she states that the Constituent Assembly constructed the principle of fraternity keeping in mind the Indian society. According to the Constituent Assembly, the idea of the fraternity was intrinsically connected to the fundamental rights granted by the Constitution of India. Fraternity as a concept is not something that united the nation, however, the unity of the nation was founded on the idea of the dignity of an individual. Only when people have the same level of dignity that they can form a democratic nation.

She also states that Dr. B. R. Ambedkar was the biggest supporter of the concept of fraternity and he brought up the idea in the Assembly. The idea of the fraternity was earlier not given as much importance unlike discrimination, however, after recent judicial judgments, it has been brought to light.

Dr. Robinson also casts a light on the various atrocities that the Dalits face, including those who are Christians. The Scheduled Castes and Tribes (Prevention of Atrocities) Act of 1989, provides protection against violence and atrocities. However, this Act only protects those who are listed which do not include Dalit Christians and Dalit Muslims. According to her however, in a society like India, the state policies should be advanced. She believes that for social advancement there needs to be open dialogue and communication, and the concern of all the sections of society should be heard. If the state falters then there is no hope for social transformation. The state needs to be in advance of social prejudices and social discrimination.