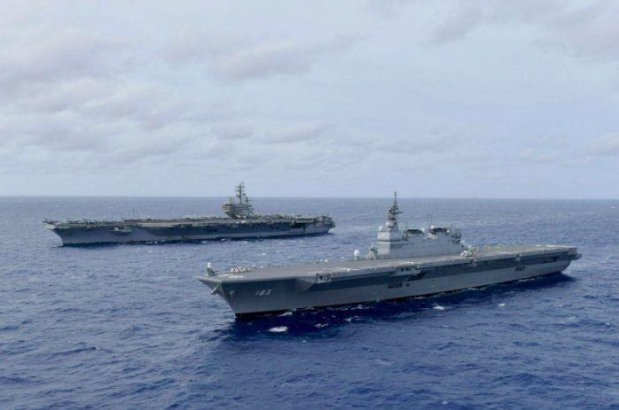 In the 19th century, though the British could not colonise the entire territory of China they managed to occupy Hong Kong and some territories in South China. Due to the ambitions of Britain, the Chinese generation between 1790 and 1840 was of drug addicts bringing social and economic instability as the British traded with opium from their Indian colonies. When they left their colonies in the 20th century, China was nothing but a land of impecunious peasants and drug addicts.

But today, China is the second-largest economy in the world. Most of the credit for this development is given to the Chinese Communist Revolution. The revolution drove out gangsters that sponsored brothels, trafficking of drugs and women, and organised crime. Ultimately abolishing all the western establishments that had influenced the Chinese economic and social system.

There is a general speculation that the growth of China started in 1980, however, the plinth of growth was already established in 1950 when China published the agrarian reform, The Land Reform. With these reforms, private ownership was entirely abolished and the government produced more grain and earned foreign exchange from exports. Later on, Deng Xiaoping’s Equity Joint Venture Law of 1979 brought over 20,000 foreign companies investing in China. By 1980, China was the world’s manufacturing hub. China flourished its manufacturing sector replacing trading giants in many countries of Asia, Africa and Latin America.

Another turning point was when China increased its foreign purchases via acquiring many bankrupt companies and failing businesses in the US. This resulted in China, in a way, invading the market globally. Rising to a global purchaser, China became a forex reserve fueling its economy even more. China is moving forward to increase its global dominance with research and development too.

But is this world such a fairyland that the superpower will always be altruistic and benign? Are the US and China on an economic war because there can be only one exploiting power in the world? China’s power is rising and so are the insecurities, of some countries in the sea, for sovereignty.

China’s release of the White Paper 2019 invited a lot of global debate and skepticism about the peace order. China, as described by former Indian PM Indira Gandhi, is an expansionist power that is quite apparent from its maritime strategy that it justifies in the name of defense and security. China had been the playground for powers like Japan and Britain during wars thus it had advocated peace in its previous White Papers. Although, in 2019 the temperament of the paper was towards strengthening their military readiness and naval improvements.

Looking at the developments made in China’s naval base in Hainan Island, it appears that the country yearns to become a global player in terms of naval capacity. The rhetoric shields this development of assets under the umbrella of regional development in Africa and countering piracy near the horn of Africa. It couldn’t persuade the world into thinking that China does not have any parallel objectives on strategy. Inherently, the navy assists a nation to become politically equipped over the seas.

A glimpse of China’s aspirations can be estimated via its belligerence towards the Hague Ruling on the South China Sea recently. China has presumed the South China Sea as its backyard, thus making territorial claims. These claims are further thwarting sovereignty of countries like Vietnam and the Philippines.

The reason for the world being paranoid about China taking hold of the oceans and seas is that 50% of the planet is international waters. These international waters comprise an enormous amount of minerals and food stock like fish. Therefore, fundamentally, the country with dominance on the international waters will exploit them the most. The US has been this power so far and China’s diplomatic challenges have been successful in bringing these issues into the spotlight. China has questioned the US naval military presence in the EEZ and claimed it to be unlawful according to UNCLOS. This diplomatic stand by China favours the future of maritime strategy which is, undoubtedly, in its national interest.

It won’t be going-too-far to say that China has recognised its national interests solely to step into the waters since the country has always been a regional power and not an aqua power for years in the past. China seems to be looking forward to creating an offshore vacuum in the region to fill it strategically and permanently. With these symptoms, China might rise to have complete regional dominance in the East China Sea, South China Sea, and the Yellow Sea driving out the US.

China has also been pushing its One Belt One Road (OBOR) which will connect the country to Africa and Central Asia. The OBOR initiative is also the solution to China’s energy insecurities as it is entirely dependent on the Strait of Hormuz and Malacca for energy supply. OBOR will also ease ways for China to send financial help to other regions of the world.

On the other hand, more energy security for China implies a bigger challenge to the US in the region to contest control.

Ultimately, the conflict arises on the intentions of China in expanding its hold in the international waters. The first alarm was when China unilaterally rejected the PCA ruling on the dispute with the Philippines.

On one side, China’s dominance in the region might bring Chinese hegemony and it may act as the big brother to other countries. On the other hand, China is upholding the common objective of economic development in poorer regions, and the cooperation can continue. In Spite of China’s territorial clashes with many countries in Asia, it has given invaluable assistance to Africa for development.

China has been investing in African projects like the development of the Addis Ababa-Djibouti Railway line and building ports near the Gulf of Aden. This is a win-win situation since, with these investments, African countries like Somalia will grow and China’s dependence on the Straits of Malacca and Hormuz will lessen too. The second-largest economy has also played a vital role in countering piracy on the Gulf of Aden. China has sent more than 20 escort task forces to the Gulf of Aden since 2008 to fight Somalian pirates. China has also built international seaports in Tanzania, Ghana, and Senegal. These ports not only profit China but also these African countries in establishing their markets. China is the biggest trader in Africa even thoughAfrica is not an immediate neighbour. The scope of these tie-ups is very huge, creating insecurities across the world.

The presence of the People’s Liberation Army Navy is significantly increasing near the waters of the horn of Africa and the Middle East. Apart from these, China has also been working on flourishing solar energy technology in Malawi. Also, China is the largest trading partner of the European Union and this is a two-way equation, unlike Sino-Africa relations, as the EU is the second-largest trading partner of China. All these trades are dealt with on the Gulf of Aden, the Red Sea and the Indian Ocean, therefore, not only Africa will grow, economically, but also the EU. These plans and projects keep the principle of mutual development alive.

Thinkers used the term “Glocalisation” to describe China’s Maritime Silk Route Initiative as the Chinese government takes its national decisions that have global implications. Therefore, the implementation of the projects that China has proposed will make it the highest geopolitical power on the globe.

Countries in Africa are laggards which makes them plaint, thus, making them an all-weather friend of China. The world has already witnessed a similar example of Pakistan. There have been countries who have alleged that Pakistan sells nuclear technology to China, illegally.

For China, the Blue Territory is a sea of opportunities both literally and metaphorically. There is a void in the blue waters which serves as the icing on the cake. In spite of the positives that come with China’s maritime strategy, one cannot ignore the potential of negatives of the same. Diplomatically, China has always chosen to be poker-faced when questioned about military developments.

China’s growth on the blue waters and failing economies around the world might flourish the influence of China globally. If China decides to show it’s hues of being expansionist even the superpowers might become helpless. The situation will be comparable to wanting to get out of the wheelchair when the room is on fire. Thus, all the global powers and organisations ought to practice circumspection. After the cold war, the world knows the consequences of chaos. We learn history so that we do not commit the same mistakes again.