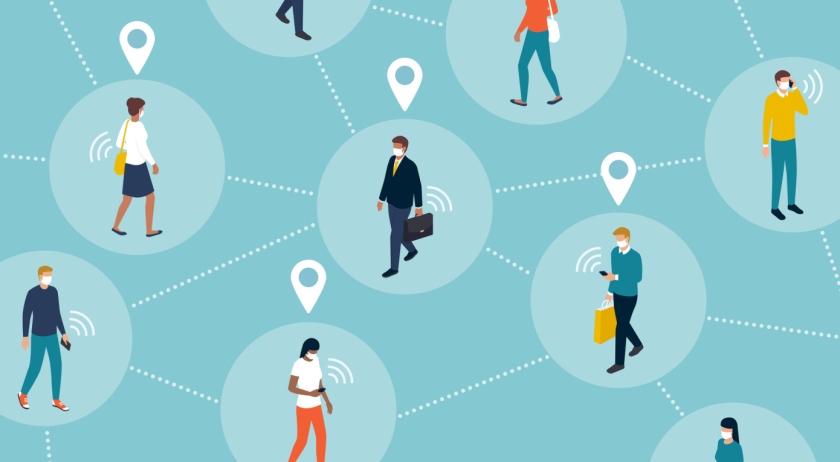 In early 2014, a mass gatherings of protesters in Kiev, Ukraine received text messages quoting “Dear Subscriber, you are registered as a participant in a mass riot”, the sanonymous gathering of the masses had suddenly turned into personally identifiable individuals.  This potential of accurate tracing and pinpointing of location sent shock waves across the masses and why not, for this is a modern age of surveillance, where mobile phones work as an insight into the life of an individual. These are few examples of the excesses of the executive.

Now let us compare this scenario with what is happening in the United States, it has been alleged that the executives in the Minnesota State are using the Covid-19 Tracing Application (SafeDistance) for tracking down the protesters, who are protesting against the killing of George Floyd, an African-American. Now, this raises questions of unparalleled nature, the foremost among them pertains to privacy the fact that Covid-19 Tracing application was launched by the State to keep a check upon the suspected patient of Coronavirus. How far ethically it is justified to use the same application for tracking protesters? The second of sub-set concern pertains to data privacy, the idea of purpose-limitation, the Global Data Protection Regime under the lineage of GDPR have accepted ‘Purpose Limitation’ as the core principle of Data Protection. The basic premise of ‘Purpose Limitation’ is based on the principle that every piece of information, which the data controller (Data Fiduciary in India) collects from data subject (Data Principal in India) shall only be used for that purpose for which it was collected, in easy words, if the information was collected by the Covid-19 Tracing Application (SafeDistance) for tracing suspected patient, it can only be used for tracing suspected patient, it surely cannot be turned into an investigative tool for the executive.

This brings us back to the question of how the use of the mobile application could be restricted in a way that it won’t turn into an investigative tool in hand of the executive. Because, it surely is a threat for Countries using mobile applications and the interceptive mechanism of the Application (the accuracy the application is able to bring in tracing movements can be a handy tool for the executive) is such that it will become a basis for investigation, somewhere or the other.

The basic mechanism behind all the Covid-19 tracing applications (floated across the globe) is that of Machine Learning (ML) (Machine Learning is a subset of Artificial intelligence), now the modus operandi of Machine Learning is based on cause & effect relationship. Where Artificial Intelligence is fed with categorized information, and it reacts in a particular way to that information. It does not require any human intervention, per se, in its working, this digitized working of the mechanism immunes it from the human fallacies, which brings in a lot of credibility and trust upon Artificial Intelligence. However, the result produced by the Machine Learning, like the Tracing Applications, is used by the Human Agencies for making decisions and thus human agency comes within the scenario. Collection of data, tracing of movement and other meta-data collected by the Covid-Tracing Mobile Application are the works of Artificial Intelligence, yet what actions needs to be taken on the basis of that information collected falls within the jurisdiction of the Human Agency.  So, where do we locate due process’ in this scenario?

Locating ‘Due Process’ in Source Code

‘Due Process’ as understood in its traditional construct, signifies principle of natural justice the first & foremost condition of which is to ensure that there is procedural due process.  Now what is procedural due process it simply means that the means adopted for application of the law should align principles of natural justice, adequate notice is to be given to the individual before proceeding against him/her. However, the traditional construct of the ‘Due Process’ is completely dismantled when applied to the phenomenon of Artificial Intelligence-driven mechanism. The application like Aarogya Setu app and others, where there is a composite of Artificial Intelligence and Human Agency, as the information is collected by the Mobile Application and Action is taken by the Human Agency, under this construct adequate compliance of ‘Due Process’ will mean that the Action taken by the executive is completely in pursuance of the objective for which the information was collected by the application; which by default means ‘Purpose Limitation’.

In policies like Aarogya Setu Application and other apps like these, where there is a composite of Artificial Intelligence and Human Agency, it becomes onerous onto the human agency to ensure compliance with ‘Due Process’. As we are still resistant to take any criticism in the working of A.I and quite rightfully, Machine Learning are objectively premised mechanism with less or no chance of failure, unless the source code of the ML itself is biased, which by default will lead into discrimination.