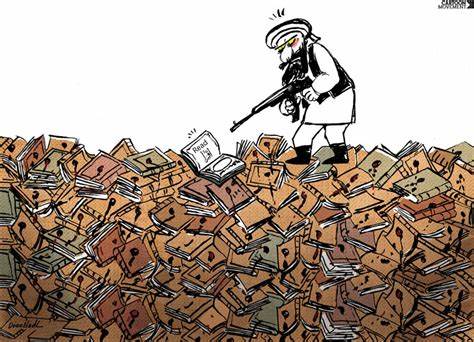 Simply put, an intervention is a direct or indirect involvement inside the boundaries of another state in a military or non-military way. Clearly, a military intervention is when the use of military forces is involved. Interventions can prove to be both good and bad. Need for an intervention typically arises in case of a humanitarian crisis, on ethnic or religious grounds and even in the case of a natural calamity. A humanitarian crisis is a situation impacting the survival and security of a very large number of people. This makes the so-to-say ‘powerful’ states willing to use their military capabilities to alleviate sufferings. They consider it their duty to do so and protect the concerned individuals. However, some states might view this as an invasion on the grounds of breach of sovereignty. Nevertheless, a thin line of difference exists between the two; the intention. An invasion has the interest of the state at the forefront and is aimed towards expanding the territorial boundaries. Contrary to that, interventions are solely out of good-will and to help the other country, having no long-term benefits for the intervener. Though the fact remains that no one can know of a state’s exact intention behind their actions, conceptually, the argument stands valid.

Morality and Legality of Interventions

Conditions which warrant and make an intervention legitimate are arrived at by factoring in various legal and moral arguments. According to the United Nations Charter, a state must protect human rights and fundamental freedoms of all individuals. Other legal frameworks such as the Universal Declaration of Human Rights, Genocide Convention and Customary International Law approve of the states to intervene to alleviate suffering and uphold human dignity and rights. States consider it their moral obligation towards individuals, which transcends boundaries, as per the R2P (Right to Protect) norm established in the World Summit Document in 2005. This gives intervention a just cause with a just intention. On the contrary, the UN Charter forbids the use of force and pushes for peaceful settlement of the disputes. The charter also refrains states from “threat or use of force against the territorial integrity or political independence of any state”. Customary International Law is often disregarded due to its imperialistic logic and methods, something that the UN was established to proscribe. Supporting the above claims, Mills believes that the oppressed must fight the oppressor by themselves without any foreign interference. He identifies sovereignty as a shield protecting the Human Rights of citizens. There seem to be moral hazards associated with interventions. The belligerents of the humanitarian crisis wouldn’t want to try peaceful resolutions and expect foreign support if a norm of interventions is established. Lastly, a state’s intention is always open to scrutiny, bringing us back to intervention versus invasion debate.

Conditions under which interventions are justified have multiple variables which must be made constant. If they change, the justification changes. The threshold beyond which intervention becomes necessary depends upon the judgement call a state makes. These judgements can be right, wrong or disputed based on the rationale provided and apparent interests of the states. Military capacity is one of the first considerations to make while making a judgement call. The question whether the use of force is or isn’t discriminatory to the situation (jus in bello) and whether the state capacities are enough to end the crises or will an intervention impose more suffering, is vital to ponder over. Only when the state has the capacity to alleviate suffering by using correct means, an intervention can be called legitimate.

Next, the mode of interference also needs to be considered while making a judgement. Richard Betts mentions the trade-off between impartiality and effectiveness of the intervention. For being effective in putting an end to the crisis, the forces must be stronger and support one side. However, in the case of coalition interventions, national caveats imposed by certain states can compromise the strength of the forces to fight and win. Here, impartiality is chosen over effectiveness. Another scholar, Edward Luttwak, talks about the balance of power that is established post-war. While making the judgement call, it is imperative to consider giving war a chance to play out as it does. As a result, the establishment of peace through a balance of power with one side’s victory might take place. An intervention might jeopardize that and cause the war to last longer.

Lastly, an intervention isn’t supposed to last forever. There must be an exit strategy that a state needs to consider during the judgement call process, which establishes order in the conflict-ridden zone after the intervening state’s departure. If the above conditions are well addressed and rationalised, interventions could be seen as legitimate.

Decision over the legitimate authority in deciding the legitimacy of an intervention is widely disputed. The United Nations Security Council comes first to the mind for this. It is a UN body charged with the responsibility of upholding peace and security in the world and is considered to be the most powerful UN body. Hence, it would seem logical for it to authorize military interventions. However, this is not quite the case. The UNSC might stand divided over opinions and fail to reach a collective decision, especially due to the veto. Then, the question arises regarding the competency of regional bodies such as the NATO, EU or the AU in allowing foreign military interventions in their member states. However, this is not clear either. These decisions have severe repercussions on ground and otherwise. Justifications provided by the intervening country can never be completely credible. A reasonable suspicion about the intentions and conditions of intervention always exists. Hence, there is no clarity as to who can legitimately decide and authorise interventions. In my opinion, if a state operates under legitimate conditions of intervention with a genuine intention, states can make this decision for themselves. However, to reiterate, such decisions can be questioned and scrutinized.

In conclusion, it’s clear that conditions of legitimate interventions and the body authorising them is very contextual and based on a judgement open to criticism. Hence, there is no particular handbook or a checklist which a state can refer to before carrying out a military intervention. States must weigh the legal and moral arguments, set thresholds, analyse their military capability realistically, think about the mode of interference and exercise an intervention as a last resort. Most importantly, they must have an exit plan ready before the entry, in order to make the intervention constructive, rather than destructive. When all of these are in place, the job of that ‘authority’ capable of authorising the intervention is mostly done. The rest is, what they call, ‘foreign policy’.