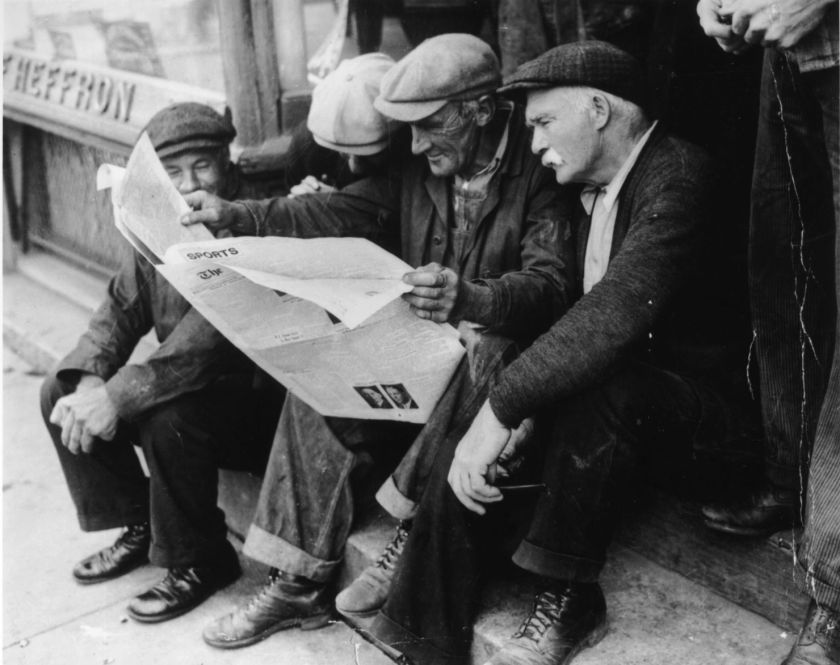 The current coronavirus pandemic has led to a profound exogenous economic shock to the economy of the United States. Not only does the government have to borrow and increase their spending on emergency healthcare measures, but also take a host of measures to help the unemployed workers and firms who are struggling to pay for their basic operational costs. Moreover, commodity prices are falling sharply and are expected to fall further if the pandemic prolongs. While the coronavirus crisis is most unique in the history of the United States, the nation’s economic history does have certain precedents for tackling the crisis of unemployment and deflation.

The United States during the Great Depression of 1932 faced a similar crisis of unemployment and deflation when Franklin Roosevelt rolled out his New Deal. The New Deal not only embarked the country on a path of unprecedented economic growth following the depression but also left a legacy of social welfare schemes and infrastructure improvement that was to raise living standards within the country. Hence, with the nation reeling from a large crisis of unemployment once again there is a need to examine what worked in 1932 and if America needs a similar reform or not.

The challenge of unemployment: According to the latest report by the labour department, the US unemployment rate is currently hovering at around 14.8 per cent, up from 3.7 per cent in February. These figures are unprecedented since the end of the great depression and far surpasses the crisis of 2008 during which unemployment peaked at 10 percent. If the COVID-19 crisis continues and the economy does not open up, the crisis can be compounded by the rising levels of corporate debt which were already high by historical standards even before the pandemic hit.

As many firms had to shut down following the pandemic, their capacity to service their existing debt has decreased significantly. Moreover, to cover the basic operational costs they still have to borrow more from the government. While non-financial corporate debt had already increased to 47 per cent of the GDP by the start of 2020, it is going to rise even more. But this is accompanied by a decreased capacity to borrow as even before the pandemic two-thirds of this non-financial debts were in the form of junk bonds and investors during this period are staying clear of risky assets. Hence, many firms might be facing a crisis of liquidity if the pandemic prolongs and the already massive fiscal stimulus starts showing signs of fatigue. Therefore, a big corporate restructuring might be on the cards and can lead to loss of jobs for many workers.

The unemployment benefits might also increase the problem as unemployment benefit currently available to the workers is up from $378 to $978. Workers on average make around $958 per week in America. Hence, more and more workers are incentivised to lay off during this period. With employers that might be keen on lower salaries and workers who might demand higher salaries, the crisis of unemployment can get out of hand, and employers may face a real challenge of getting the workforce back to work.

The prospect of deflation: While the Federal Reserve has pumped the economy with massive economic stimulus and has prioritised giving money to the consumers to spend, the annual consumer price inflation in America has slowed from 1.7 percent to 1.2 percent. While supply chains have been disrupted and closing down of factories has pushed down the supply of goods, demand has plummeted even further. This has been complemented by the fall in energy and commodity prices and a rise in demand of dollar-based assets internationally, hence adding a deflationary pressure on the economy.

With rising unemployment the deflationary pressure on the economy could also increase as workers with an expectation of falling prices and possible hard times in the future won’t spend the money at hand. This might prompt prices to fall further and put more pressure upon the firms to cut costs and decrease production. This can only be done by either decreasing the workforce or decreasing wages. Both of these can further depress demand by decreasing the purchasing power of the population and consequently decreasing the prices further.

The Lessons of the New Deal: While the American economy is confronted with the problems of unemployment and deflation, it has a historic parallel to look for in the Great Depression. The New Deal programs of the Roosevelt administration during this period instituted profound monetary and banking reforms that are credited for pulling the country out of depression. But while these were crucial to the recovery of the United States, they were complemented by the labour policy of Roosevelt and large scale counter-cyclical spending of the government. For the Trump administration which is currently facing these challenges, history might offer some important clues.

If we consider labour markets to work by the simple law of supply and demand; the ‘stickiness’ of wages will prompt firms to lay off workers during an economic downturn and consequently employment can only be increased if the firms are allowed to cut the wages of labour. But these steps, on the other hand, might reduce the purchasing power of the workers and depress prices even further. Consequently plunging the economy in a deflationary loop. This is what happened in the United States between 1932 and 1933 as unemployment soared, prices decreased and wages took a hit.

While many contemporary economists like Lee Ohanian and Robert Barro have criticized these policies for prolonging the depression by not allowing firms to regulate wages, the American businessmen of the 30s themselves were reluctant to cut wages during the initial onset of depression. This was due to the contemporary understanding of industrial relations as pioneered by Henry Ford. This understanding was premised on giving higher wages to the labour and promoting a better living among them. It was believed to stimulate consumption and promote efficiency among the workers while increasing their efficiency.

But with the onset of depression wage cuts became more and more severe and by 1933 wages had fallen by about 40 percent from their 1931 levels along with increasing unemployment and decreasing prices. In such a scenario, the Roosevelt administration provided labour with increased bargaining power with the famous National Labour Relations Act (NLRA) and the Fair Labour Standards Act (FLSA). Collectively both of these acts increased the bargaining power of labour through increased unionisation, established minimum wages, and banned child labour. These legislations worked in order to stabilise wages and check deflationary run on prices and employment. By setting wages, Roosevelt was also trying to stimulate demand in the economy which according to him suffered from the problem of ‘overproduction’.

Along with these legislations, the federal government also embarked on large scale spending on infrastructure projects which was ultimately responsible for the construction of 24000 miles of sewer lines, 480 airports, 78000 bridges, 780 hospitals, 572000 highways, and about 15000 buildings as a part of New Deal programs. (Roubini, 462)  But these programs were sponsored not just through incurring large fiscal deficits (Roosevelt himself was reluctant to run large fiscal deficits) but also through creating appropriate institutional mechanisms for raising private capital and insuring it in order to finance these projects.

Under Roosevelt institutions like the Federal Housing Agency, Reconstruction Finance Corporation, and Rural Electrification Administration were created. All of these channeled the surplus capital available in banks and private investors into infrastructure spending. These institutions provided investors with credible insurance cover which allowed them to recover their principal amount in case of a default by the debtor party. Hence, with reliable government bonds available to the investors, they quickly flocked towards these bonds as investors after the crash of 1929 and depression of 1932 were very risk-averse. Not only did these programs generate greater employment but they also encouraged greater demand by placing wages in the hands of workers.

The lessons and way forward: The precedent of the New Deal indicates the importance of maintaining wages of labour as the economy opens up. The logic of the New Deal’s success indicates that while firms might be looking forward to profound restructuring in case corporate debt keeps piling up, the loans provided to them by the Federal Reserve should incentivise them to retain the workers and maintain the existing payroll. So far the Trump administration has done so by providing the firms with tax breaks and loans (forgivable in case of small scale industries) in order to retain the employees.

But on the other side of the table, Republican senators are voicing for a reduction in unemployment benefits. But the historical experience of the United States cautions against any drastic rolling back of these benefits. The experience of New Deal policies has been a testament to the fact that it is important to provide some amount of leverage to the workers during this period. If employers can cut down the wages of workers coming back to work freely; the already existing deflationary pressure might intensify as it happened during the years of 1932 and 1933.

While mounting debt and the possibility of restructuring is bound to lay off workers and increase unemployment for years to come, the government can create avenues for absorbing these workers on large scale projects modelled on Roosevelt’s New Deal. While President Trump has indicated his desire to roll out a trillion-dollar infrastructure project in the later stages of fiscal stimulus, he hasn’t been particular about what it may comprise. But with Coronavirus laying bare the faultlines of the US healthcare system and social welfare schemes the American voters are going to look at increased spending on welfare schemes and employment generation programs with much more enthusiasm.