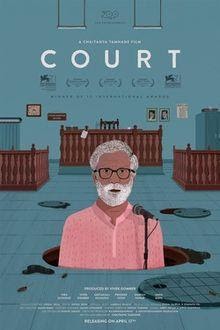 Caste infringes upon society as a social evil that is seen in our everyday lives. Every morning we wake up to find our tea ready, floors swept and mopped clean, tables and shelves dusted neat. The hands behind this routine are none other than our maid’s, whose occupation is nothing but a reflection of their social and economic status, as a consequence of caste in society. Dr. B.R. Ambedkar in his Annihilation of Caste highlights how caste has imposed various problems in society. “Now the first thing that is to be urged against this view is that the caste system is not merely a division of labour. It is also a division of labourers.” Work isn’t distributed to people; instead, people are distributed to work and do certain kinds of jobs only. This, he says, is done not according to people’s wishes, efficiency or capacity but according to their status in a society, which builds grounds for discrimination of people amongst people. Another issue posed by caste is the difficulty to switch jobs, which, as Ambedkar argues, creates mass unemployment in the country. “One would rather starve than be seen doing another kind of job.”

People are burdened by the stigma of caste, to even dare to change their thoughts and lifestyle. Certain societal norms are born out of these caste systems, which forbid the innocent and gullible from getting educated, and overcome their backwardness. As their ability to overcome this social evil is hindered by the stereotypes born out of the caste system and its norms, their socio-economic status also degrades and in turn, affects their accessibility to basic facilities. These people aren’t qualified enough for jobs that pay a good amount and so, many of them are reduced to being sanitation workers (as seen in the movie Court) or other kinds of jobs that do not even account for their minimal needs. The movie highlights two major aspects of the unfair caste system that prevails in society- the superficiality of the legal system on matters concerning lower caste citizens and the miserable conditions of the sanitation workers.

Court captures the wrongful accusation of Narayan Kamble, an elderly Dalit, to urge a sanitation worker to commit suicide, under the influence of his folk songs. This was one of the biggest blind spots in the movie, which reflects the treatment of the lower caste citizens not only by society but even by the law. The arrest did not cover enough grounds to claim that Kamble had anything to do with the suicide. The judicial system did not take into account many other reasons such as deplorable working conditions, economic difficulties, and as pointed out by the worker’s wife and the alcoholic nature of the person, before jumping into conclusions about Kamble. This shows how easily targeted his life was, as he kept getting arrested for irrelevant things related to his performances.

Narayan Kamble’s performances revolved around the undignified status of the lower castes and the Dalits and the need for them to fight against the caste system and its unfair treatment towards them. Although not explicitly discussed in the movie, such repeated arrests based only on performances could only mean that authoritative powers like the judiciary, did not want such acts of protests to disrupt the laws of society that have existed since times immemorial. Personal biases also come into play on decisions regarding caste. For example, inconsiderate towards Kamble’s capacity to afford a bail of one lakh rupees, the Judge continued to stay firm on his decision. This shows how deep rooted are the stigmas of caste in our everyday life and behavior, even after the gift of education. Another example from the movie follows in this way – during Lawyer Vinay Vora’s speech on caste and its evils, two men placing a pedestal fan on the podium interrupt him. This shows the casual attitude of people when it comes to such matters. The occasion wherein the lady wearing a sleeveless blouse isn’t allowed for trial also reveals the thoughtless and heedless behavior portrayed by the law governing body to its clients. The statement provided by Vasudev Pawar, the sanitation worker, who was said to have committed suicide, was also an incorrect statement as proved by the Lawyer Vinay Vora that the medical records didn’t indicate any signs of self-harm. Even the witness who testified against Kamble was in fact, a stock witness who had done so for many other cases.

Another aspect of the caste system is brought to light in the movie about the life of Vasudev Pawar. His wife mentions in the court that the working conditions he dealt with gave no equipment for self-protection thus, being exposed to the poisonous gases that eventually led to his death. She also states that he was an alcoholic and used to beat her up and their children too, which also suggests that he was unhappy with his job. So are the many sanitation workers like him that face this problem. Under the article published by the Wire, the statistics clearly indicate that more than ninety percent of these sanitation workers are Dalits. “This problem of “manual scavenging” as it is commonly called, is not new and is deeply rooted in India’s caste system, which assigns duties such as the cleaning of human fecal waste to people born in the lowest sub-castes of the Dalit community.” Hence, problems resulting from the caste system still prevail and pose as an impediment to workers of such lowly jobs from having their own interests met. Due to constant neglect on the part of society and false promises of the Government in uplifting their position, more and more workers are being made to work at the cost of their lives. “An overwhelming majority of the more than five million sanitation workers in India are still contractually employed, wherein they are not paid minimum wages and often work in hazardous conditions without any safety equipment and access to healthcare.”

Although increasing efforts made by the media and concerned organizations have benefitted their cause, the root cause of the problem itself lies in the norms laid out by the caste system in India. Even laws and regulations have been made for these workers but, the implementation is where these laws have failed to fulfill their purpose. Why can’t there be machines cleaning pits and mopping toilets? The answer lies in the fact that if there are machines doing jobs of these workers, who are otherwise unfit for working elsewhere, then how will they earn their basic living? Hence, the caste system has left no choice for these workers to choose jobs as flexibly as someone with a qualified degree and a privileged background. Such is the handicap imposed by caste on an important section of society that has led to their eventual and inevitable social exclusion.

Snehal Sreedhar is an undergraduate student of Ashoka University, pursuing her major degree in Economics.