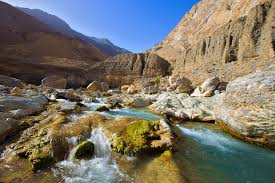 Whenever we talk about Pakistan, we hear of Kashmir, LOC, the dynamic Siyasat of Pakistan or Pervez Musharraf just for the sake of it, but we have never heard enough about the issues of the Baloch (indigenous habitants of Baluchistan). Baluchistan is practically 40% of Pakistan’s geographical landmass, but it is still plagued with issues like economic deprivation, ethnic cleansing, and genocide. Thus, leading to several phases of insurgency in the region over the years.I have highlighted all such issues which need immediate attention of not just national, but also the international political community in my piece.

Baluchistan is one of the most asset-rich locales in Pakistan. Be that as it may, Islamabad wouldn’t impart this income to its legitimate proprietors, the Baloch. This is in clear infringement of the Pakistani Constitution- Article 161 ‘Natural gas and hydro-electric power’. The absence of power over any of its income  and assets (gaseous petrol and minerals) and an exceptionally low assessment base make Baluchistan a low age salary state, in any event when its commitment to government coffers is robust. This powers Baluchistan to rely upon the government support for meeting over 75% of its everyday costs. Indeed, even Baloch’s interests in the Gwadar venture is diminished  because of complete control by the Federal government. This has brought about less advancement in the district, loss of political rights and goals, and resulting disdain among the majority.

From the very beginning of this issue (1947), Baluchistan has been denied the right to self-determination . Jus Cogens was recognised as an international legal right after being explicitly listed in the UN Charter. Despite this, Baluchistan was forced and manipulated into joining Pakistan’s union. The Baloch were denied the right to take their stand for sovereignty and nationality. Even in  due course of time, their representatives have placed demands in front of the government but no constructive resolutions were provided. Instead, the abduction and killing of Baloch people started taking place by the security forces in the name of treason and terrorist attacks.It is  said that every action has an equal and opposite reaction; the Baloch insurgents retaliated, leading to killings of soldiers and civilians on both sides .

Ethnic cleansing is yet another issue raised in the last 20 years in Baluchistan. People of minority communities such as Hazaras in the Quetta region have been targeted and killed. According to a report by Pakistan’s National Commission for Human Rights, more than 2,000 Hazaras have been killed since 2004. People of this community are forced to flee to other counties in hope of a better life as their plight for justice is being unheard by the local authorities, and  the international community, as well.
Leading a two-judge bench comprising of Justice Ijazul Ahsan and himself at the Supreme Court’s Quetta Registry, Chief Justice Nisar, taking suo moto notice of the attacks, said, “For me, the targeted killing of the Hazara community in Quetta is ethnic cleansing and that is why I had to take suo moto notice. We have no words to condemn the killings of Hazaras”stated by a report of New Indian express. Advocate Iftikhar Ali, a leader of the community, told the court that security to 15 Hazara community leaders has been withdrawn after Deputy Inspector General of Police (Quetta) denied it. When asked by the court to explain the measures taken to protect the community, Baluchistan IGP Ansari revealed that 399 Hazaras had been killed in various incidents of terrorism in the last six years.According to his report, the highest number of Hazaras (208) was killed in 2013, while 19 people from the minority community and 20 settlers were killed in 2012. “Nine members of the Hazara community have been targeted in Baluchistan in the last four months,” the IGP said, adding that 106 security personnel have also been killed since 2012 in targeted attacks.“Twenty-eight personnel have been martyred so far in various incidents across the province this year. The security situation in the province has improved now,” he added.

There have been mass killings since 2005 in Baluchistan and mainly in the region of Quetta. Thousands of dead bodies of political activists and suspected armed separatists have been found in this  province over the past six years. These bodies were found dumped in the regions of Quetta, Qalat, Khuzdar, and Makran,  areas where the separatist insurgency has its roots. There have been large scale extrajudicial killings in the Baloch province. Activist and political leaders have been beleaguered every now and then by the security agencies and gone missing for years without a trace. The Voice for Baloch Missing Persons (VBMP) says that it has recorded 1,200 cases of dumped bodies and that there are many more it has not been able to document. As per an interview with the BBC, Nasrullah Baloch, the head of VBMP,  said that, most of the bodies “were of those activists who have been victims of enforced disappearances’, people who are picked up by authorities and then just go missing.”

One of the more prominent cases of “kill-and-dump” is of Jalil Reki, a political activist who lived in the Saryab neighbourhood  of Quetta. He was arrested at his residence in 2009, and his bullet-ridden body with several cigarette burns was found two years later in the Mand area near the Iranian border, some 1,100km (680 miles) south of Quetta.Furthermore, the history of baloch has been distorted so they don’t know their roots and can’t take pride in their culture. Their language has been stamped out due to the lack of teachers, social restrictions against teaching it, and proper infrastructure to preserve it. Their land has been economically exploited for minerals and materials without their participation. They have been excluded from the economic benefits as they are excluded from participation in the construction and development of the industry, let alone the employment that may generate. The area is extremely poor with no social infrastructure, especially education, which further exacerbates the social, economic, and cultural deprivation.

There is rampant  persecution of religious minorities by state and non-state actors alike. The military targets the Balochis, the guerrilla fighters target the non-Balochis, and the extremist Islamic organizations indulge in sectarian violence, whilehe civilians continue to get caught in the crosshairs. Targeted killings of working professionals such as teachers, doctors, lawyers, engineers, etc. is causing fear, thereby degrading climate for progress and development, and paucity of skills for essential livelihood services. Large-scale displacement of communities have occured due to insurgency and turmoil. These people have been denied the basic right to security in their own county and the common cohort is just helpless against such monstrosity as there is no one to listen to their cries for help.