IMF Quota Reform: What is in it for Emerging Economies? 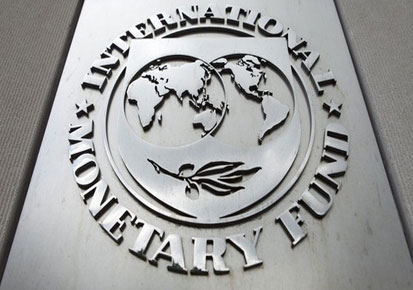 In quota reforms which have been long overdue, the IMF has increased the voting share of emerging economies. But is this enough? Richa Sekhani tries to answer this question…

Marking a “significant” development at the International Monetary Fund (IMF), developing countries including India and China will now have more voting rights with the implementation of long pending quota reforms, approved by the US Congress in 2015. The pending resolution had been recommended by the IMF’s Board of Governors in December 2010 and was seen as a move to strengthen and repair the Fund’s credibility, legitimacy and effectiveness by increasing the role of dynamic emerging and developing countries.

As part of the far-reaching reforms, the Executive Board in 2010 had proposed the completion of the 14th General Review of Quotas with the doubling of quotas to approximately SDR 476.8 billion and major realignment of share among members[i].This reform package which came into effect on January 26, 2016, has delivered a 100 per cent increase in quotas and a major realignment of quota shares, thereby improving the representation of emerging and developing economies in the institutions. A more representative, modern IMF will ensure that the institution is better able to meet the needs of its members in a rapidly changing global environment.

Importance of Quota and Governance Reforms

Quota Subscriptions are central to the IMF’s financial resources and determines that country’s financial and organisational relationship with the IMF. Having faced criticism by the developing and the under developed countries for lack of representation and monopoly which rich countries like United States and European nations enjoy, the present reforms has transferred more than 6 percentage points of the quotas, including both the fund’s capital and its proportionate voting rights from developed to emerging economies. As a result, the combined quotas of the IMF’s 188 members have increased from SDR 238.5 billion (about US $ 329 billion) to SDR 477 billion (US $ 659 billion) which will enhance the effectiveness of the members in responding better to the crisis by increasing IMF’s quota resources.

Secondly, the shift of more than 6% of the  quota share to dynamic emerging countries will improve the governance of the Fund by better representing the members of the developing economies. As a consequence of this, four emerging economies including Brazil, China, India and Russia, for the first time would be among the ten largest members of the IMF. Among others include US, Japan, France, Germany, Italy and UK.

With these reforms and realignment of shares, though the powerful position of the advanced economies won’t be affected much but for emerging countries the shift in the share would push up their respective ranking. For instance India’s share of quotas that would rise to 2.7 per cent from 2.44 per cent will push India’s ranking from the 11th position to the 8th. Similarly, increase in the share of Russia from 2.5 per cent to 2.71 per cent will move their position from 10th to 9th. The biggest gainer would be China with its share rising from 4 per cent to 6.39 per cent, pushing up its rankings from 6th to the 3rd position after United States and Japan. The major losers would be Saudi Arabia and Canada whose shrinkage in the share of quota would push them out of the first ten lists.

The reforms also envisage shifting the voting shares of the developing economies, guaranteeing an increment of 2.6 percentage points in voting rights to the emerging countries. This data is presented below is Table 1.

Thirdly, the reform will enhance the effectiveness of IMF’s decision-making, including in its 24-member executive board. For the first time, the board will consist of entirely elected executive directors which will provide an end to the category of executive directors appointed by the five largest quota holders. In line with this, the advanced European countries have also committed to reduce their combined Board representation by two chairs by the next regular election of the Executive Directors. The new change that will usher is yet another attempt by the fund to reform the distribution of the quota or voting rights of the members.

The quota and the governance reform ushered by IMF are truly historic. However, the reform is not representative of any major revamping as stipulated by the developing economies. The 2.6 percentage points in voting rights gained by emerging economies is  far from the 20 percentage points gain in the economic gains over the past decade[ii]. This is partly also because of the quota-share calculations which only give 50 percent weightage to GDP. Other factors considered while calculating shares include the size of the currency reserves, volatility of cross-border investment flows and openness of the country’s financial system to the outside world.

Further the power to amend any IMF Article of Agreement lies with the US Congress and cannot be sanctioned unless the United States authorises it. Therefore, despite a historic move, emerging economies have not gained much.

Note: A version of this article appeared in the The Pioneer.

Richa Sekhani is a researcher at Observer Research Foundation, New Delhi and Wikistrat.