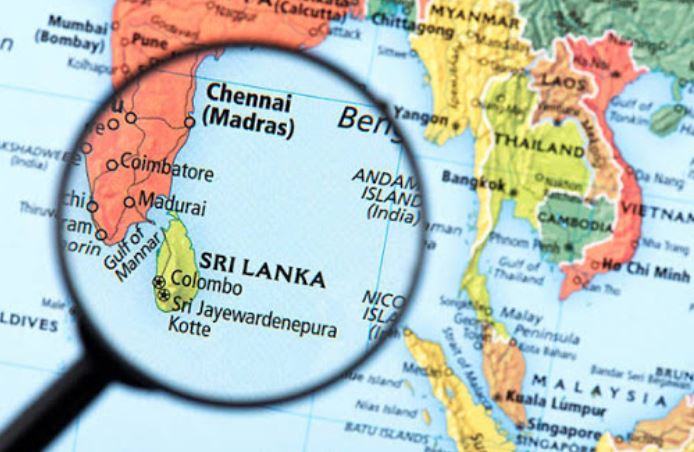 Tamil Nadu, India’s second-largest economy in the country and has the second-highest GSPD. Experiencing a growth rate of 8.03% in the year 2019-2020, which was almost double the national average, despite the pandemic, the state prides itself in driving the growth story of India by being the most industrialized state in the country.

Industrialization and the growth of the manufacturing sector are integral to the development of an economy. The progress of Tamil Nadu from being a state with over half the population living below the poverty line in the 1960s, to today where poverty reduction is at a rate higher than the all-India average, is impressive. The bold reforms by the government, the novel mid-day meal scheme, the desire for inclusive development, empowerment schemes, support for education, various other development programs and early investment in infrastructure have contributed to the transformation.

The commitment to industrial development and inclusive growth across the two major parties has been blissful for the state.  “Beyond the contribution of individual CMs like Jayalalithaa, Tamil Nadu developed a commitment to universal and well-functioning public services thanks to the power of democratic action, public reasoning and social action”, writes Amartya Sen and Jean Dreze. Policy consistency has been an enduring feature of the state’s politics, “not despite, but because of the political competition and rivalry between the DMK and AIADMK”.

It is in light of this that the article explores some of the major interventions by the state that has set the state on the path of industrial growth. Physical and social infrastructure is extremely important to maximize growth potential. The locational decision of any investor depends on the level of infrastructure in terms of availability of power, roads, ports, and credit facility.  Tamil Nadu has heavily invested in this which caused connectivity-led growth.

The establishment of Tamil Nadu Industrial Development Corporation (TIDCO) and the State Industries Promotion Corporation of Tamil Nadu (SIPCOT) played an important role in the industrial development in the state. Set up in 1965 and 1971 respectively, TIDCO and SIPCOT regularly partnered with the private sector to establish new industrial projects and created land banks through which foreign investors could acquire land in a smooth manner. As of October 2020, SIPCOT had established 23 Industrial Parks, which includes seven Special Economic Zones spread over 15 districts.

Such industrial parks are more than just investment destinations. It provides an institutional framework for shared services like financial consultancy, technical guidance, training, information services, and shared facilities which benefit all establishments in the park in terms of cost and efficiency. When industries begin to cluster, the location becomes an ideal location for other investors and emerges as a hub for economic growth and innovation. Another significant aspect is employment creation.

Furthermore, the entry of Ford to Chennai in 1995 because of the then Chief Minister, J Jayalalitha’s intervention through immense incentives–sales and output tax exemptions, power subsidies lead to Chennai becoming the hub of automobile and component manufacturing. Chennai turned into the Detroit of India as the capital city drew Hyundai later and the effect of which continued into the 21st century.

Although in 2017  Chennai suffered from immense competition for developing states, the government was determined to not lose. Chief Minister K Palaniswami last year invited top automobile companies like Mercedes Benz, Skoda Auto, BMW, and Tesla, to set up shops in the state with the promise of customized incentives.

In 2018 Tamil Nadu bagged the second rank, in the State Investment Potential Index. While in 2017 it ranked 6th in the country, in 2018 it progressed to the second position. Interestingly, the 2018 data reveals that in comparison to the previous year, Tamil Nadu had made a 2 point progress in infrastructure and a 4 point improvement in governance and political stability, and a 7 step up in terms of business perceptions. However, Tamil Nadu stepped down by 5 points in the economic condition pillar as compared to 2017.

Additionally, Tamil Nadu was regarded as the best investment destination in the country despite the pandemic during the first quarter of the last financial year and came third in the Export Preparedness Index released by NITI Aayog for the year 2020. According to the Care Rating, Tamil Nadu had received the highest share of 16% (Rs 20,000 crores) in the investments proposed in the period April-September, 2020.

With the new Industrial Policy set out for 2021, aiming to attract investments worth Rs 10 trillion by 2025, the state is keen on making it a business-friendly state by focusing on improving infrastructure and reducing the cost of doing business by developing dedicated industrial parks.

Despite all these achievements, the system is not without its flaws. Events of environmental degradation have resulted due to corrupt and unregulated heavy industrial activities, the power crisis of 2008 which lead to the need for power holidays, and corruption tax make industries inefficient and these are a few of the many places the state needs to look into. Just as it has progressed in industrial growth, it must make an effort to imbibe ethical and sustainable practices.

Awaiting the election results in a time of uncertainty due to the second wave of COVID-19, discussion on which political party has a better economic track record is common. Comparisons of economic indicators are made to present one in better light over the other. While these are inevitable, in spirit Tamil Nadu has witnessed policy consistency and is rightly called the habitat of politically committed bureaucracy. Empowerment has been a central theme across the parties and the result is the Tamil Nadu of today. It is necessary to acknowledge the flaws and the huge scope of improvement that is possible and to make use of them in a sustainable manner.

Gby Atee is a second-year Economics and Finance student at Ashoka University.