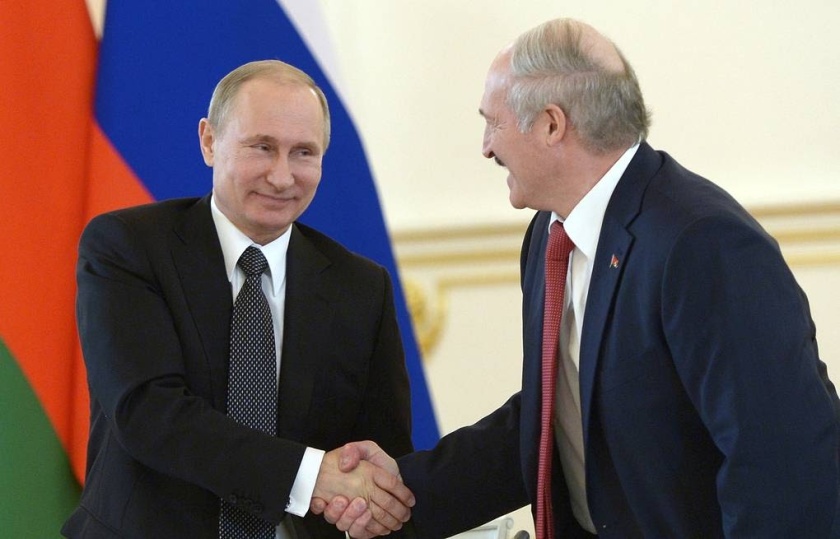 The Collective Security Treaty Organization (CSTO), a Eurasian intergovernmental military alliance created by the Russian Federation as a response to the North Atlantic Treaty Organization (NATO), remains a key intergovernmental alliance in Eurasia. Yet, the domination of Russian interests within the organization, both political and economic, remains a persistent barrier to greater cooperation and cohesion among its members. This article will examine the creation of CSTO, analyse its role in Russia’s foreign policy, and its impact on the Eurasia region’s political and economic framework.  It will put forth the argument that more equity needs to exist within CSTO for it to foster beneficial integration among its members.

A Brief History and Overview of the CSTO

Envisioned as the Eurasian, Russian-led version of NATO, CSTO first emerged as the Collective Security Treaty (CST), a five-year agreement of military cooperation between post-Soviet states of Armenia, Azerbaijan, Belarus, Georgia, Kazakhstan, Kyrgyzstan, Russia, Tajikistan, and Uzbekistan. The treaty was signed on 15th May 1992 – barely months after the collapse of the erstwhile Soviet Union at the end of the Cold War – and came into effect on 20th April 1994. Upon its expiry in April 1999, only six of the original members of the CST – all except Azerbaijan, Georgia, and Uzbekistan – agreed to renew the treaty for another five years. The CSTO assumed its current form in 2002, when the remaining six member states agreed to constitute it as a military alliance.

The current full members of CSTO include Armenia, Belarus, Kazakhstan, Kyrgyzstan, Russia and Tajikistan, with Afghanistan and Serbia classified as observers since 2013. As an intergovernmental military alliance with a regional focus, CSTO ensures the collective defense of any member that faces external aggression. In order to provide such a security overview, the organization supports arm sales and manufacturing, military exercises, arms-export control, border management, counterterrorism, counternarcotics and extensive information exchange among member states. It also maintains collective military forces including a 4,000-head Collective Rapid Deployment Force for Central Asia, a 20,000-head Collective Rapid Reaction Force, and a 3,500 strong collective peacekeeping force in order to better respond to internal threats and external military aggression.

A Focus on Military Ties

CSTO-led initiatives are coordinated with pre-defined goals, with the organization’s members convening near the beginning of each year to review its activities for the past year and tasks for the upcoming year. Operation ‘Channel-Center’, one such CSTO-led joint effort to combat international drug trafficking, reportedly helped designated authorities collectively seize close to 11 tons of narcotic substances. However, military-economic partnerships between Russia and other member states remain the central focus of CSTO.  In accordance with the Agreement on the Basic Principles of Military-Technical Cooperation, CSTO member states receive discounts, subsidies, and other incentives to purchase Russian-manufactured military equipment. The incentives to purchase arms are such that within ten years of the agreement’s implementation, the supply of military products among CSTO members increased almost tenfold.

Military deals orchestrated through CSTO prove lucrative for Russia, even with the subsidies provided through the organization.  Because members are prohibited from joining other military alliances, Russia becomes the largest military supplier for all other members. This fact is emphasized by the other five members’ continued dependence on the supply of Russian armaments. According to estimates, eighty percent of Kazakhstan’s military-technical purchases are imported from Russia, with the country recently signing a military contract worth $14.2 million at Russia’s Army-2020 Expo in September 2020. Through CSTO, Russia has signed even more profitable military deals with other members. In 2017, Russia handed Tajikistan military equipment, including tanks, worth over $122 million to help the country control its border with Afghanistan, while in 2013 it signed an inter-governmental agreement with Kyrgyzstan with provisions for importing $1 billion worth of modern weapons to the country.

In addition to facilitating military exchanges between Russia and other member states, CSTO also facilitates member-to-member collaboration in weapons development. This includes providing extensive financial support to implement joint R&D programs that are geared towards modernizing conventional warfare capabilities of member states. Extensive technology transfers from Russia have helped several CSTO members set up defense manufacturing industries since the formation of the organization. This transfer of technology helps CSTO members not just strengthen their own military capacities, but also develop competitive military-industrial facilities which enable them to manufacture and sell arms to other nations. Kazakhstan is one such example of a Russian technology transfer successfully converted into a competitive military-industry. In December 2015, the country’s defense industry complex, Kazakhstan Engineering, partnered with South Africa’s paramount Group to produce armoured vehicles, which were later purchased by Jordan’s military. More recently in October 2020, according to a statement issued by India’s Ministry of Defence, Kazakhstan’s defence industries were also involved in talks with Indian companies for co-production and co-development  in defence production.

CSTO plays a crucial role in helping Russia secure regional hegemony in Eurasia. Russia’s status as the de facto arms dealer for all CSTO member states and its massive contribution of undertaking 95% of the organization’s military spending provides it space to comfortably pursue its unilateral objectives, economic or political. Creating such a dependency in its immediate neighbourhood allows Russia to not just prevent other CSTO members from defecting away from the organization (which mostly embody Russia’s strategic goals), but also legitimize its role as the dominant power in the region. This is perhaps most evident in Russia’s relationship with Tajikistan and Kyrgyzstan, two nations which tolerate large Russian deployments due to their dependence on Russian military equipment. As a result, they rarely oppose Russia on regional issues (notably including their refusal to condemn Azerbaijan’s attack on Armenia’s state border in 2016, aligning with the Russian position).

Simultaneously, CSTO serves as a tool for Russia to consolidate its power at the global level. Preventing other CSTO members from building close strategic partnerships with Russia’s rivals, Russia’s security umbrella over all CSTO members enables it to counterbalance the influence of rival organizations such as the Shanghai Cooperation Organization (SCO) which includes four CSTO  members (including Russia) as full members and offers Central Asian states more freedom of action and opportunities for economic cooperation.

From a realist perspective, Russia’s attempts at accruing influence in its neighbourhood may be perceived as nothing more than a perpetual competition for power and influence. Yet, Russian influence in the CSTO extends to such great lengths that it leaves the alliance prone to frequent institutional lapses. Though the CSTO charter guarantees its members deterrence of aggression by third countries, this guarantee has more often than not failed to hold in practice.  Engaged with Azerbaijan in the Nagorno-Karabakh territorial conflict, Armenia requested CSTO assistance after its internationally recognized border was attacked by Azerbaijan. However, none of its members including Russia came to its aid. A key reason for this institutional ‘lapse’ was the fact that Russia had economic interests in both countries. According to a report released by the Stockholm International Peace Research Institute’s (SIPRI), Russia provided 94% of military equipment purchased by Armenia between 2015 and 2020. At the same time, it continued its long standing military relationship with Azerbaijan, as its primary arms supplier. Between 2013 and 2017, its share was 65 percent of Azerbaijan’s total foreign weapons imports. Such conflict of interest primarily led Russia to force other members to prevent aiding  Armenia, among other reasons.

The group’s continued support of authoritarian regimes such as that of Alexander Lukashenko – referred to as “Europe’s last dictator” – in Belarus further depletes confidence in its ability to preserve ‘security’ and ensure stability in Eurasia. Lukashenko’s regime continues to use Russian-manufactured military grade weapons  to crack down on dissent and ongoing mass protests against his fraudulent election. For countries in the region, the CSTO’s unimpressive track record as an organization coupled with Russia’s pursuit of increasingly expansive foreign policy (including its annexation of Crimea) in recent years raises even more causes for concern.

Where to now, for the CSTO?

Russia forcing other members to follow its lead in CSTO remains a major reason behind the organization’s failings. There are inherent limitations to the organization’s ability to become a multilateral one, given the members’ military and economic dependence on Russia, and the political regimes of the member states, including Russia’s own. However, a multitude of factors including the sustenance of expanding Russian interests and a general rise in economic fortunes across Eurasia indicate that the CSTO may yet acquire multilateral characteristics and provide its members increasing autonomy.