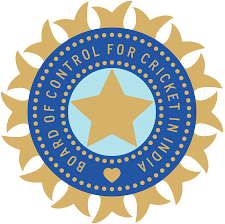 Among the cricketing nations, the power of BCCI is undisputed. It could be made clear by this simple fact that before 2014, every cricketing nation used to get an equal share of the ICC(International Cricket Council) revenue. However, after 2014, a project of ‘Big Three’ was devised where cricketing giants India, Australia and England would get a larger share than the other nations. On top of that, India, would get a lion share, which is more than double the share that England and Australia would get. Though it didn’t completely go as planned, yet India ended up receiving 28.3% of the total ICC revenue. The other that were losing out on their share of the total revenue, still complied with this project without much objection. This, thus compels us to ask a question, how did India, emerged economically dominant among all other nations? This article explains how BCCI earns it’ s money and assess it’s history and some major events in order to find an answer to that question.

There used to be a time when BCCI used to pay Door darshan, the government-run network, rupees 5 lakhs per game to telecast their matches. The outflow of cash was greater than cash inflow and the board was facing a deficit of Rs 93 lakhs. However, the situation changed in 1993, when BCCI won the court case which allowed it to sell it’s television rights for the India-England series. TWI(Trans World International) bought the rights and Door darshan had to pay $1 million to TWI so that it could broadcast matches in India. This was the first step on the ladder for BCCI to become an economic powerhouse cricketing board in the world. In 1999, they signed a 5-year contract with Door darshan to telecast all the international and domestic matches to be played in India. The deal was worth Rs 54 crores per annum. After this there has been aggressive competition between companies to acquire  television rights which has acted in BCCI’s favour. The demand for rights exceeded the supply by a huge margin, which allowed BCCI to ask for much higher prices. Due to this, in 2012, Star Sports paid a colossal amount of Rs 3851 crores to acquire the rights for six years and are still obliged to pay the same amount per season.

Such a rapid increase in earning from selling rights begs the question, why so many companies are interested in buying the rights? Or why they are willing to pay such great amounts in contrast to other cricket boards around the world? The answer is simple. Access to the greater consumer base.  India is the biggest television market for cricket. Almost 75% of the viewership comes from that region. This means that even after paying such huge amounts, the companies stand to make a profit.

Since the customer reach is massive in the subcontinent, other firms are willing to pay huge amounts of money for broadcasting ads of their products. Like in the 2019 world cup, India-Pakistan match, Star Sports charged a huge sum of 25 lakhs for telecasting an ad for 10 seconds. For all other games, they charged 16-18 lakhs for 10 seconds. In just the span of two months of the World Cup, they earned 1800 crores in advertisement money. This already covered half of what Star Sports was supposed to pay BCCI that year, in just two months. This example proves that telecasting in the subcontinent is a cash-generating venture. Since firms stand to make profits from buying television rights, more of them engage in the competition, which further leads to an increase in the price of rights. These higher prices, thus translates into greater revenue for the BCCI.

The selling of rights for international matches has been a great source of revenue for the BCCI. However, they only generates the second-highest fraction of the total revenue earned by them. BCCI, earns the most from hosting the professional twenty20 league known as IPL(Indian premiere league).

Started in 2008 by the BCCI, IPL is a tournament of the shortest format of cricket, the twenty20 format. It’s an auction-based tournament where franchises bid for players to make a team, which then competes with 7 other teams representing different franchises. This league lasts around two months and, in the end, the top four teams are selected to participate in the elimination rounds to reach the finals.

Hosting such a league boosted BCCI’s revenues exponentially. They started with an initial investment of 25 million dollars and in just two years IPL was worth 4.1 billion dollars. Such a rapid increase in the value was unexpected and provokes the question, what caused it?

Broadly, there are two reasons which would justify this exponential growth in value. The first reason is that the sport became more consumer-friendly. A major difference between cricket and other sports like football is that a traditional cricket match lasts for a longer time period than a football game. For a 50 overs match, it would take around 6-7 hours for the match to finish whereas a football game only lasts for 90 minutes. Hence watching a whole cricket match was not convenient for most people. However, this shorter format, which takes only three hours attracted more people, as exempting three hours out of their routine became possible for them.

Furthermore, the teams were a combination of domestic and foreign players. The BCCI paid huge sums to some of the best players of the world to come and play. This attracted a large audience as now cricket-lovers could see their favourite players playing together. Such changes in the game augmented the numbers of people watching the league.

Another factor that contributed to the success of IPL is the high initial investment made by the board. The old saying, money makes money stands true. Since the board was willing to pay such high amounts to foreign players, many of them came to participate in the league. Given that other nations were missing out on some of their main players, they stopped playing the international games. Since 2008, this has become a trend. Most of the international games halts as the IPL approaches. Hence, foreign consumers of cricket have no choice but to watch the IPL games. In this manner, BCCI managed to cut the consumer base of other cricketing boards and added them into their own consumer base.

The enlarged audience, makes it more lucrative for companies to bid for the television rights of the IPL, which as discussed above, pushes prices upwards which translates into greater revenue for the board. In 2018, BCCI sold IPL’s rights to Star Sports for 16347.5 crores for five years. This means that every year Star Sports is paying BCCI around 3300 crores for hosting IPL matches. This amount is more or less the same as what Star Sports pays BCCI for hosting international games per annum. The fact that they are willing to pay the same amount for hosting a tournament for just two months signifies the importance of IPL in generating money for both, the broadcaster and for BCCI.

How BCCI became the richest cricketing board

The BCCI became rich because it had the largest consumers of cricket content among all other nations. However, this large consumer base of a board is directly related to the demographics of India. Since India is the second-most populated country in the world, with the most populated country(China) not being a cricket playing nation, one could say that BCCI is rich because it is lucky to have such a large consumer base endowed.

However, in reality, the BCCI had a big role in establishing such a big consumer base. No matter how large the population, it would only translate into the market base it the consumers are interested in the sport. BCCI worked in that direction. After winning the 1983 World Cup, BCCI worked hard and India became the first nation to host the World cup after England. They spread the game in the nation though the means of domestic tournaments. They came up with invention(IPL) which suited the consumer needs. In other words, BCCI made cricket popular in India. Due to the foundation that BCCI laid in the late 1980s and in 1990s, more and more people from the population became part of its consumer base. Using the chronology aforementioned, this increasing consumer base thus resulted in higher revenue earned.

Today BCCI net worth stands at Rs 14,489 crores, which surpasses the net worth of any other cricket board in the world. It was able to become such an economic giant through the work of BCCI along with its large market base.

Hemang is a Second-year student at Ashoka University majoring in Economics and Finance.