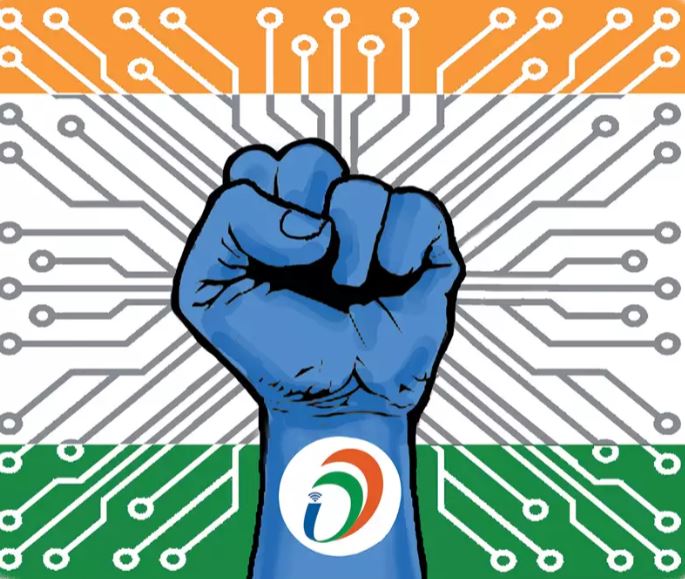 The Prime Minister redefined the phrase ‘expect the unexpected’ quite dramatically with his announcement of the demonetization of the 500- and 1000-Rupee notes, effective immediately on November 8, 2016. Given the economy’s currency circulation of the notes constituted about 86%, the chaos that ensued in the short-term was substantial. The rationale for such an unprecedented policy was fairly genuine – it aimed at combating the rampant corruption and cronyism and weed out the black money. Additionally, with the revision of the tax scheme system (implementation of the GST), the government aimed at formalizing the economy and bringing a wider base of Indians into tax compliance.

Expectedly, there were economic shocks but unexpected was the public anger at the poor execution of the policy, due to the unavailability of the new notes in the economy. This cascaded to lower consumption and therefore economic growth, with different estimates ranging contraction from about 7% to 6%. Whether or not the original plan was reached to fruition is debatable. However, then finance minister Arun Jaitley claimed that the direct tax collection increased post demonetization. 2018-2019 fiscal year also saw sustained growth in corporate taxes at a steady 14% with the personal income tax growing at 13%.

While these statistics hint at the actualization of the rationale behind demonetization, an unintended consequence of the policy whose role cannot be emphasized enough, especially amidst the pandemic, is digitalization. When cash is not available to make transactions and there is uncertainty lurking in everyone’s mind, alternative modes of payment are sought. In the same year, the government had launched schemes in an effort to digitize India. It can therefore be reasonably argued that in the complex interplay of the three schemes – demonetization, GST and digitalization – saw to the acceleration of India out of the informal economy with a higher proportion of the population, now using digital modes for a range of functions including domestic transfers, education, utility bills, etc.

The direct macroeconomic consequences are a cleaner financial economy, increased integrity within citizens, indicators of malleable physical and IT infrastructure to suit the digital demands of the consumers as a result of the competition involved in providing better services to a larger number of citizens. This dominoes into generating higher revenue in taxes that the government could then finance for its various projects as well as a more accountable and arguably higher growth.

Digitalization in India – some figures

Structurally, India lacked the infrastructure to open the economy to digitalization. However, liberalization of the telecommunication industry coupled with the surging demand for mobiles saw the penetration of the ICT services into the Indian economy. Accompanying this was healthy government intervention with schemes such as Aadhar and Pradhan Mantri Jan Dhan Yojna serving as factors that further stoked digitalization by easing the access with which a larger crowd could avail online financial services. The consequence of this was 1.16 billion Indians subscribing to mobile phones in 2017 and the digital payments market in India valued at INR 1,643.49 trillion in the financial year 2019.

Promising as it sounds, India did rank 91th on the World Economic Forum’s Readiness Index in 2016 on “how well it is using information and communication technologies to boost competitiveness and well-being”. In 2020, India only moved up 3 places to 88th with the report stating that “they [China and India] continue to face challenges in extending ICT access and skills to the general population, which partly explains their positions in the NRI 2020.”

Conversely however, a KPMG report analyses the impact of COVID-19 on digital payments in India and it is very optimistic in statistically providing evidence that the digital network market is indeed gaining momentum, with the pandemic being opportunistic for consumers to switch to online modes and retain its grip in a possible post-pandemic world. Another study displays how the pandemic has seen the ‘digital surge’ particularly as the corporate and education sector shifts online to resume its everyday activities. Although, it argues how the digital divide can be exacerbated, widening inequality, and highlights novel concerns such as online fraud among other security concerns including laws surrounding FinTech as the field is forecasted to have a significant impact in the upcoming years.

In order to understand how digitalization is revolutionizing India, for the better or worse, one needs to delve into the structure of the economy and how it impacts various sectors and key actors.

Structure of the economy with digitalization

Information asymmetry, physical infrastructure and implementation of relevant ICT (information and communication technology) in wider sections of India, digital literacy, access to capital for financing digital devices and services, and comfort with transactions not involving cash are several variables that one needs to factor in to understand the how digitalization exploded in the Indian market.

Firstly, liberalization of the telecommunication sector allowed companies such as Reliance Jio, Bharti Airtel, Vodafone Idea Ltd. etc., to emerge as competitive players in the economy with each of the key players constituting a significant market share in the telecommunications industry. Jio and Airtel have been notorious for releasing tightly competitive schemes in order to capture a larger market share. In January 2021 alone, Airtel gained 4.4 million users while Jio’s consumer base grew by 1.9 million. Vodafone, conversely, lost 2.9 million consumers. Jio currently holds 35.34% of the market share, followed closely by Airtel (28.97%) and Vodafone (25.105).

While this data speaks of healthy competition, it also speaks about the efficiency it creates. As competitors, it is in their self-interest to out-compete their rivals and this can largely be achieved through increasing consumer satisfaction with their services in order to increase sales, as well as easier procedures through which a consumer can access their portals for payments and other services. Airtel has an India-wide better network infrastructure, giving it the competitive edge for enhanced communication between consumers. Conversely, Jio has schemes that can be availed relatively cheaply by consumers from lower economic backgrounds.

Macroeconomically, thus, private competition facilitates the expansion of internet and information services, including pertinent infrastructure into the rural communities as well as streamlining the ease with which a larger number of people can access digital services, shifting more into the digital economy.

Government intervention, however, is equally as important, especially for services such as payment methods as such financial transactions involve large amounts of personal data that is collected and recorded. Furthermore, directly relevant for the government’s fiscal policy is the collection of taxes, both direct and indirect, transferring of benefits such as Direct Transfer Benefits and Public Distribution Systems in an accountable manner, among other benefits that can come with digitalization. Therefore, complementary with their initiative (demonetization) to combat corruption, digitalization ties in as a convenient solution.

The National Payments Corporation of India (NPCI) is an organization set up by banks under the guidance of the Reserve Bank of India that is responsible for retail payments in India. Financial technologies such as Bharat interface for money (BHIM), United Payments Interface (UPI), RuPay cards, FASTtags, are all under the ambit of NPCI that facilitates digital modes of payment in India.

The Aadhar card and Jan Dhan Yojna are important schemes that have enabled a large amount of the rural population and low-income population to open up bank accounts and avail government transfers as direct remittances. Inefficiencies have been reduced in ensuring what needs to reach is reached to those dependent on ration cards for essential goods. This is possible due to digitalization since the list of beneficiaries can now be tracked.

The economic costs reduced due to this are significant directly and indirectly. Directly, since it reaches the people as mandated; indirectly and more powerfully, it improves trust in the government schemes enabling those reliant on government ration to make better decisions with the little income they might procure since they will now have security in the number of goods they will receive with the government. This could translate to better turnover in taxes, once they do become eligible taxes since the integral distrust could slowly be dissipated. This is an optimistic picture however. The reality needs to be further researched.

This important economic factor acts as a cost or benefit. To the extent that private and government players are imperative in curbing this with the former devising competitive schemes in order to better reach out to people and government schemes such as ‘UPIChalega’ to make digital modes of payment more accessible, there is the persistent and growing threat of online fraud. Giving access to rural communities is a double-edged sword. On one hand, it is easy to educate those that are inept with digital technologies about the basic functions. However, it is equally easy for con-calls to be made where money can be demanded or bank details sought. If someone innocently gives in to this, it can create hazards since fighting legal battles would be a huge personal cost in order to win their money back. This is provided that they have access to recourse in the first place.

The digital divide in another cause for concern. With the raging pandemic that demands education and payments be made online, how will the 67% of the rural Indian population afford these digital services? This is where the private sector acts as a keystone player.  The CEO of TRANSSION India, argues that “smartphone manufacturers like us are tapping onto this large-scale opportunity by providing customized features to the consumers, specific to their needs.” Therefore, they are not only key in reducing information asymmetry, but they play to the consumer by ensuring there is comfort in accessing the digital services. This could potentially shape the youth of the Indian economy, who constitute a large percentage of the labor force, by better equipping them with knowledge and/or skills, translating to higher growth as well as government revenue through taxes.

Digitalization as an unintended consequence of demonetization surely seems promising for the Indian economy, especially when its contraction posed a significant hurdle in recovery. While propitious, it comes with its own challenges – information asymmetry, security concerns, potent expansion and accessibility due to infrastructure among others. With the right balance of private and government intervention, digitalization could truly actualize what demonetization originally had as its agenda.

Tejaswini Vondivillu is a second-year student at Ashoka University, pursuing Politics Philosophy and Economics and minoring in International Relations.