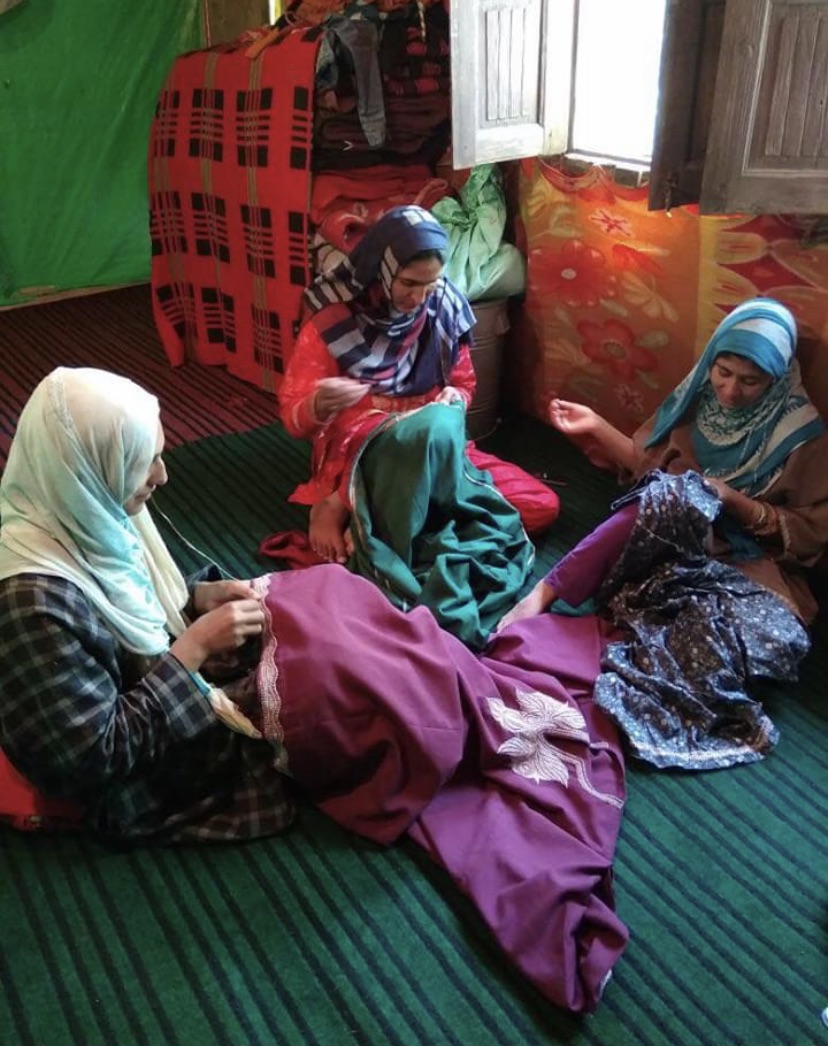 Q.“A preliminary assessment conducted by the Kashmir Chamber of Commerce (KCCI) estimates that Kashmir’s economy has incurred losses up to $5.32bn and more than 100,000 people have become unemployed since India scrapped Article 370 and the state of Kashmir of its special status”. In what ways has the decision of scrapping Article 370 by New Delhi affected the state’s socio-economic landscape?

Since August 5, 2019, the frequent curfew and other restrictions on assembly and movement imposed by the government, cordon and search operations by armed forces as well as public strikes & street protests have hit the economy of Jammu and Kashmir very badly. Apart from the loss to the losses to the private sector that you mentioned, the scale of unemployment has gone up massively. I would put the figure higher than 100,000 because daily wage labourers, transporters, small handicrafts dealers, artisans, shikarawalas, taxi drivers, tourist guides and other people related to the informal sectors of the economy have had no work since then. Again, women have been hit the hardest, with women artisans and owners of boutiques, creches and schools reporting bankruptcy on an alarming rate.

The government has done nothing to provide the private sector players in the region with access to easy-term loans or extensions of lines of credit (in the case of women-owned business access to credit is especially needed because women typically find it harder to get loans and rely on selling jewellery to start businesses- so their losses are harder to cover). It has also done nothing to provide relief to labourers who are out of work. Instead even during the COVID-induced lockdown, the government is bringing labourers from outside the state to work on its construction sites in buses from Bihar. This is reflective of the government’s anti-people mindset.

Women across communities and regions in Jammu and Kashmir have found it near impossible to access healthcare facilities. The past year was particularly hard for women needing medical treatment because of the restrictions on vehicle movement and the mobile phone ban that came into place after the abrogation of Article 370 in August 2019. For pregnant women and women requiring dialysis, chemotherapy and other emergency surgeries ‘due to unavailability of transport, ambulance services, shortage of medical staff, and dwindling supplies of life-saving medications’ the situation became life-threatening. The lack of access to medicine in Kashmir valley was also alarming in a population with 1.6 million cases of chronic ailments that require daily medication.

The burden fell heaviest on rural women living in hard to reach areas with no access to public or private vehicles. Cases of stillbirths due to pregnant women having to walk long distances and miscarriages due to lack of timely communications with gynaecologists were recorded at Lad Ded Hospital, the main maternity hospital in Srinagar.

According to activists, due to job losses after the clampdown, many pregnant women whose husbands were laid off or unable to find work, suffered from malnutrition during pregnancy  which damaged their health and that of their babies.  All this points to a serious disruption in women’s ability to access timely and adequate healthcare- leading to a corresponding threat to their security.

Q. Following-up from our last question, to what extent, in your view, has the social and political topography of Jammu and Kashmir changed in the last year or so?

As you know separatist leaders in Kashmir have been raising the bogey of Israel-like settlements and demographic change in the region for a long time. Most people in the state did not take them seriously till August 5 last year when the GOI started a process that will give outsiders access to land and employment resources in Jammu and Kashmir. People at large feel like their worst fears have come true. There is an extremely dangerous level of support for separatist of all shades- the more extreme the leaders’ views, the more people are following them. This is the first negative consequence. Mainstream political leaders who held up the Indian Constitution as a safety for the rights of the people have been publicly ignored, imprisoned and derided by their one-time political allies. They have lost all legitimacy and are only seen as objects of public scorn and derision. This is the second negative effect.

There is no let-up in militancy, despite tall official claims and violence that was contained within the borders of the erstwhile state till August 5 has now appeared at the Line of Control with China as well. Because of de-operationalizing Article 370 what the Government of India has effectively done is to delegitimize the legality of Jammu and Kashmir’s accession to India and internationally China and countries aligned to it have seized the opportunity to seize territory. The Indian armed forces are now fighting on two fronts instead of one. This is the third and most long lasting negative effect of August 5, one that will hurt the country more than any other.

Q. In the current social and economic profile of Jammu and Kashmir, the increasing rate of unemployment amongst the youth and the breakdown in the education system (because of the frequent shutdowns seen since August 5th) pose a grave challenge to the development and well-being of the people of Jammu and Kashmir? What, in your understanding, needs to be urgently prioritized to allow one to enhance her/his capabilities?

What differs between J&K and other regions is that it is an environmentally sensitive region, in terms of the difference in ecosystem and climate. It is a region in which the developmental model should be based on the service-based industry rather than the heavy industry, with the latter being the current focus of the government. Instead of the mass use of machinery within the snow-abundant climate of J&K, the sectors which thrive in such an environment should see further investment, such as horticulture, floriculture, tissue-culture and such. Increased investments in such sectors could also lead to J&K witnessing a second Horticultural revolution, leading to increased employment of youth and income generation. This would be one way of ensuring employment and development within J&K.

With regards to education, the COVID-19 pandemic is not the only factor which hinders education, instead, education in J&K was badly hit, even prior to the revocation of article 370. Instead, education was disrupted post-2008, due to the protests and violence. Unfortunately, at the moment it is tough for many to access education, despite the provision of free primary, secondary, and tertiary education within J&K. Access to education is incredibly limited, nearly non-existent, given that there is no stable network and internet bans are placed within the region. Those who fall under the bracket of economically-well off families would have been able to continue schooling with the shift to the virtual realm, yet cannot do so due to the internet ban. With regards to those who are economically weaker, such as labourers and semi-skilled workers, there seems to be no effort made by the government. Instead, workers are being brought out from outside. The government should remove the internet ban immediately and indefinitely, so that education is not halted.

Q. In your understanding, how difficult has it become for social organisations and civil society groups to work in the valley after August 5th, 2019? Has the new state administration made any efforts to improve the day-to-day lives and livelihoods of the citizenry?

The administration of the Union Territory of Jammu and Kashmir consists mostly of entry and mid- level bureaucrats from outside the state, who know little or nothing of the communities living in the state and its particularities. They have proved ineffective in public

service delivery on every front, whether it is providing security to Panchayati Raj functionaries, ensuring re-opening of schools and businesses or even setting up basic SOPs to prevent COVID 19 infections in the state. The case of pregnant women not being able to reach hospitals across the state till the courts intervened is a case in point. Another example is the lack of implementation of standard quarantining protocol in the government maternity hospital in Anantnag where COVID infected pregnant women were kept with healthy expectant mothers in the same ward, leading to multiple infections and deaths amongst pregnant women in the district.

Despite its own failures the government, through the police and armed forces continued to detain, harass and obstruct the working of NGO staff working to deliver food packets, medicines and other essentials to families in-need during the pandemic. In two cases, NGO staff were beaten in Jammu region.Nevertheless civil society groups have come together very effectively to delineate areas of exclusive operation, identify & use opportunities for collaboration and share information in real time, especially in Kashmir valley.

Q. Can you please elaborate on the work and community outreach efforts undertaken by the Sajid Iqbal Foundation over the last year? How has the Foundation collaborated with other civil society groups and social organisations to address the widespread challenges facing the people of Kashmir?

The Sajid Iqbal Foundation has been providing food aid and medicines to 408 families and direct income support to 86 families in Anantnag, Budgam, Pulwama, Srinagar, Baramulla and Kulgam since the pandemic began. We have also supplied doctors running COVID clinics across the valley with more than 200 sets of WHO-compliant PPE kits. We have donated oxygen concentrators, nebuliser sets, oxygen cylinders and masks to hospitals across the valley. This is in addition to our shelter program for abandoned women (3 two-room houses built since August last year) and livelihoods program (52 beneficiaries covered since August last year) as well as our Lifeline program (that supports surgery costs for individuals living in poverty and provides wheelchairs to the differently- abled). We have also been at the forefront of donation portals like Food for All, a real time donor-beneficiary linking portal and coordination efforts with civil society on the ground.