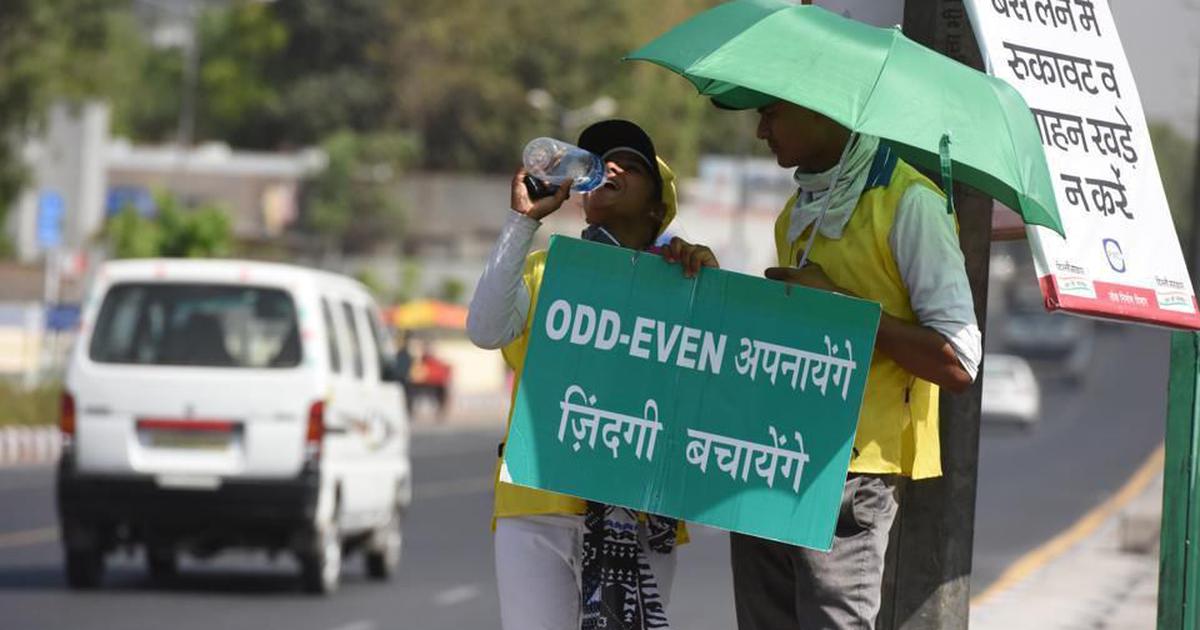 Abstract: The Odd-Even Policy is a transport rationing mechanism to control pollution levels by restricting the number of on-road vehicles per day. This policy will be analysed as per the theory of change which is an ongoing process of reflection to explore change and how it happens and what that means in a particular sector, context or a group. The aim of this policy was to reduce the number of on road vehicles in a day by about half and thereby reducing the alarming levels of pollution in the State of Delhi. The scope of this analysis is restricted to the Odd Even Policy implemented by the government of Delhi in January and February, 2016. The theory of change has a causal hypothesis that if the inputs (information, incentives and coordination among government and people) and activities produce outputs (control of pollution), this should lead to outcomes (congestion on roads, global warming and improve health) which will ultimately contribute to goal (reduce alarming rate of pollution).

The Odd Even Policy of Delhi is one such institutional framework to control the pollution levels in the state. It is only implemented in Delhi NCR. A major source of air pollution in Delhi has been the ever increasing number of automobiles. On 1st January 2016, the Government of Delhi led by Chief Minister Arvind Kejriwal launched the Odd Even model to manage the city’s changing ecosystem services. Odd numbered private four wheeler vehicles could ply on odd numbered dates, and even numbered four wheeler vehicles on even numbered dates. Consequently, the number of such vehicles on the road in a day were to be reduced by about half. Studies show that the pollution levels in Delhi were less than that in neighbouring regions during the Odd Even fortnight. An assessment by the University of Chicago and the University of Harvard states that the Odd Even programme reduced particulate air pollution concentration by 10-13 percent during that period. Hence, this indicates that the model helped in the improvement of the city’s ecosystem services.

However, the inability to use private transport by policy obligations combined with the limited public transportation infrastructure in the city led the people of Delhi to suffer inconveniences in order to meet their basic needs. This shows that intermediate steps were not taken into consideration. Driving instructions are used in numerous cities around the world to reduce pollution and congestion. In an attempt to improve the air quality of Beijing, China before the 2008 summer Olympics, implemented a temporary road space rationing. They imposed restrictions on private vehicles by allowing even and odd licence plates to drive on alternate days with the violators having to cough up 200 yuan for breaking the rule. Along with this, bus fare reduction and subway line opening were some of the incentives given to people of Beijing so as to compensate for the impact of people’s substitution from auto to public transport. In Delhi’s case, the Supreme Court has slapped a ban on the sale of high-end diesel passenger vehicles till 31st March 2016, made it mandatory for taxis to shift to CNG fuel, doubled entry tax of trucks into the city and took 10 year old commercial vehicles powered by diesel off the city’s roads. Thus, the policy increases the consumption of the people, thereby allowing automobile giants to increase their taxes.

Models examined under this Scheme, implemented by the Government of Delhi, have also worked in other places across the world owing to its efficiency in performance and expected outcomes that favor the environment. The amalgamation of the strengths of the similar transport rationing models to cement the Odd Even Policy of Delhi can resolve the Indian policy dilemma. Several cities including Rome, Beijing, Mexico City, Bogota, Paris, Quito, La Paz and San Jose have adopted a version of the Odd Even model. This policy would balance ecosystem services with human needs and enhances solution sustainability. The development of sustainable transport policies implies reconciling environmental, social and economic objectives. Policies implemented at the urban level can play a crucial role to the extent to which urbanisation can translate into mobility that is less dependent in private modes while meeting growing mobility demand. This can significantly reduce negative externalities such as congestion, pollution and carbon dioxide emissions. Strategies for reducing pH emissions from vehicles megacities and associated inhalation cancer risk, include the development and encouragement of public transportation and more stringent vehicle emission standards.

On the air quality front, Delhi’s Odd Even scheme has provided limited benefits. This can be attributed to the fact that the share of private cars is small in the production of PM 2.5 levels in Delhi. In winters, the Odd Even experiment led to a 7% reduction in the 24 hour PM 2.5 concentrations, however in summers, when the pollution levels are relatively lower and the share of vehicular sources in lower too, the impact of the scheme is further reduced. Different instruments are used to collect samples from different locations and to physically measure them. Concentration is either expressed in unit proportions such as parts/million (ppm) or parts per billion (ppb) or in mass per volume. These are then converted and represented on a Pollution Index Scale. The pollutants that report the highest index determines the AQI (or AQHI, PSI, API).

The limitation of this policy is that we tend to look at how to combat the increasing carbon-dioxide levels in Delhi without sufficiently tackling the problem of congestion. Furthermore, another limitation is that most policy solutions offered as response to combat the high pollution levels caused due to the Odd Even policy tend to be socialistic in nature as this topic is subsumed under the broader category of sustainable development and growth. Government agencies responsible for enforcing environmental laws can justify larger budgets because it requires more detailed involvement from the incentive approach. This would spread those benefits across everyone in the public and would not do anything to offset the political advantage of this approach. According to the principles of economics all human beings are said to be rational individuals and respond to incentives.

Hence the effectiveness of the Odd Even policy by the Government of Delhi tends to backfire on its expected results as it creates a negative obligation for citizens and also encourages them to purchase a second vehicle with a different number to help them circumvent the rule, thereby promoting sales of the automobiles firms. What we do as part of the programme should be reflected in what resources are being used. There should have been more foresight into the negative aspects of implementing such a policy, but then again, one could not have thought of the possibility of people finding ways to elude the scheme, unless they waited, which they did. In the end, it’s up to an appeal made to human consciousness to drive a change, if at all people want it.