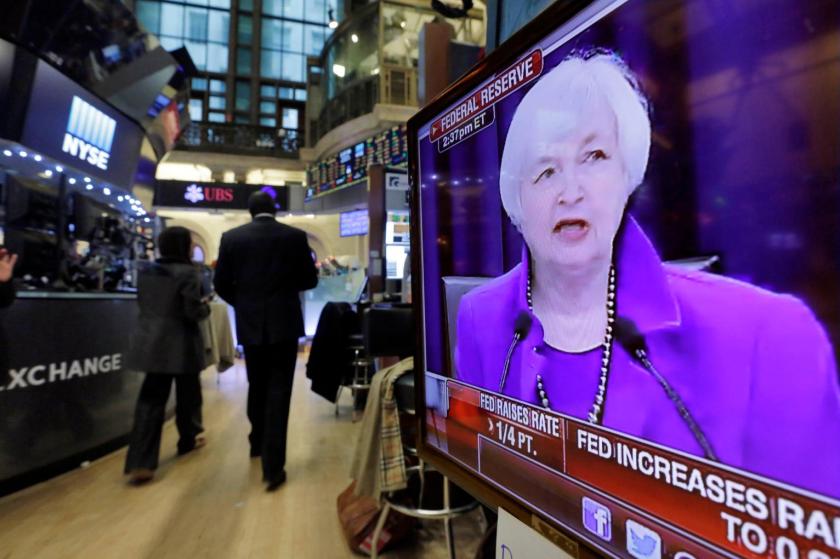 In a highly integrated global economy, the actions of central banks of developed countries generate significant spillovers for developing economies. Richa Sekhani explores the possible effects that developing countries need to watch out for to safeguard their stability…

Following the global downturn post 2008, the advanced economies of the world particularly the US has sought to strengthen the economic recovery through highly accommodative monetary policies following unconventional measures to promote recovery and price stability across the globe. The Federal Reserve in the US, the Bank of England , the Bank of Japan and also the European Central Bank carried out the large scale program of quantitative easing by large scale asset purchases, which likewise increased policy accommodation by lowering interest rates and raising asset prices. This resulted in a surge of capital inflows, appreciation in the currencies and asset price rise in the emerging economies. At the same time, advanced economies, particularly the US economy, although slow, have picked up pace.

In the era of financial globalization, the economies are more linked than ever and the emerging market is not insulated from the monetary policy stance of the advanced economies. Recently, the departure and eventual exit from highly accommodative policies have resulted in tremendous capital outflow from the emerging economies. When the US economy began to show signs of improvement, in May 2013, the Fed announced the tapering of its security purchase and in December 2013, US declared a cut in buyback asset purchase by $10 billion monthly to $75 billion and in March 2014, it decided to cut monthly purchase by further $10 billion and concluded it by the year end.

Following these announcements, many emerging economies which were experiencing a peak in capital inflows in the first quarter of 2013, began to witness a slowdown during the second half and sharply reversed following the Fed’s announcement. The worst affected were the fragile five economies of Brazil, India, Indonesia, South Africa and Turkey who experienced a sharp capital outflow because of the interest rate rise and huge disruption in their financial markets leading to crisis situation and economic distress. Large capital outflow triggered inflationary pressures, currency depreciation and asset price deflation and thus pose serious challenges for policymakers. Several factors including significant current account deficit problems, political uncertainly and large shares of foreign holdings in the local bond and stock markets added to the vulnerability and triggered financial market turmoil in the emerging markets.

Recently, with the global economies gradually shifting from crisis to recovery mode, a new form of global spillovers is being created. The monetary normalization in the US, and improvement in the major advanced economies has created significant uncertainty for developing Asia. Continued easing in the European Union, with the ECB signalling the intention to pump more liquidity into the Eurozone economy and divergent monetary policies of Japan has the potential to cause a large swing in the exchange rates of major currencies, which could make the balance sheet of the emerging markets more vulnerable. The anticipation of higher US interest rates and higher market volatility caused investors to move out of these markets. Value of equity markets declined in emerging markets. Improved economic fundamentals of US economy had already motivated tapering consideration amongst the investors which can further result in exchange rate volatility.

Financial stability is another rising concern amongst the emerging economies. After the global financial crisis, the corporate sector in most emerging economies resorted to more external debt financing which is largely US dollar denominated.  Hence a dollar appreciation can make these countries more vulnerable.

The impact on trade is yet to be seen. Presently the low rate of growth in advanced economies and slowdown in China has translated into lower external demand and suppressed the exports receipts of many Asian countries. However, with recovery in the advanced economies, improvement in the economic activities in Asian countries is expected which could offset the negative impacts of the tighter financial conditions going forward. The recent analysis by IMF on the “spillover” impact of policies on other economies have suggested that accommodative monetary policies in systematic advanced economies can have a positive impact on economic activity in other countries if they are perceived as good news about growth prospects in advanced economies. According to them, a 1 percentage point increase in bond yields in either the United States or the euro area because of improved growth prospects can lead to substantial increase in industrial production in other economies in the year following the increase[i].

However, the natural impact of these unconventional monetary policies is largely influenced by the strength and policy frameworks, such as their current account balances, reserves and the depth and development of financial markets in emerging economies. Although conditions vary from country to country, on the whole, the EMEs exhibit greater resilience than they did in prior decades with more flexible exchange rates, greater stores of foreign reserves, stronger fiscal positions and better regulated banking systems. Improving policy framework, reducing vulnerabilities, strong macroeconomic fundamentals and improving domestic institutional framework and safeguarding the financial sector are keys to providing resilience from external shocks. Along with them, there is an important role for global institutions and cross country cooperation for policymakers. As for the advanced economies, policymakers should move gradually to restore normal polices only once their economic recoveries are more firmly established, consistent with their dual mandates of price stability and maximum employment. Additionally the aims and intentions of the policies should be communicated clearly so as to limit the odds of a policy surprise and consequent sharp adjustment in financial market response.

Richa Sekhani is a Research Assistant at the Observer Research Foundation (ORF), New Delhi and Researcher at Wikistrat.