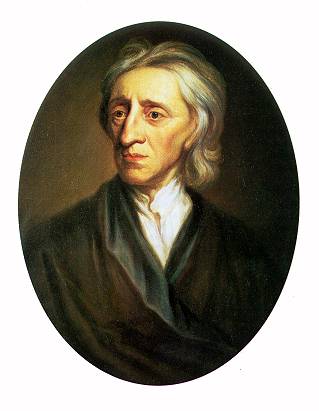 John Locke is a famous English Philosopher. His works lie at the foundation of Western modern philosophical empiricism and political liberalism. His theories concerning the separation of Church and State, religious freedom, and liberty, not only influenced European thinkers such as the French Enlightenment writer, Voltaire, but shaped the thinking of America’s founders, from Alexander Hamilton to Thomas Jefferson.

What qualifies a human being to be designated as a citizen of a particular country? Is there any kind of formal contract between an individual and a country for becoming its citizen or is it just an arbitrary procedure lurking in the grundnorm (constitution) of the country? In the case of migration, a formal contract is a way of acquiring citizenship, yet what about the case of a new-born baby, will he/she too enter in a formal contract with that country at the time of birth that says “I shall be deemed a citizen of this country”.

Well in the views of John Locke, a person acquires the citizenship of a particular nation by availing himself with the facilities provided by that country; this is what he called a tacit (silent) consent to citizenship. He says,

“And to this I say that every man, that hath any possession, or enjoyment, of any part of the dominions of any government, doth thereby give his tacit consent, and is as far forth obliged to obedience to the laws of that government”

Now the question arises, is it just taking birth, breathing air, using the nation’s government hospital for the birth procedure, etc, that makes a child a citizen of a country; is taking birth fulfilling a condition for qualifying as a citizen of a country? This is an arbitrary way of deciding someone’s citizenship. Specifically, Article 5 of Indian Constitution has a very ambiguous disposition about the citizenship of a newly born child where it talks about a condition precedent of having a domicile of either his parents or grandparents. Section 8 of the Indian Contract Act also seems to be pretty much on the same line. It says, for the acceptance of a contract either the condition required for it, has to be fulfilled or the consideration for the contract has been received; in a way by taking birth we are fulfilling the condition of citizenship of our country.

The above hypothesis does entertain one’s appetite of curiosity, but doesn’t quite quench it. Surely this alone can’t be justified as a reasonable process; rather it is an arbitrary process. What if the child didn’t want to be a citizen of the country where he has taken birth or what if the country is an autocratic state where he never intends to stay, then is he politically obliged to adhere to his citizenship even against his will?

Well surely not in the 21st century, where even Article 9 of the Indian Constitution provides for acquiring citizenship of other countries (but you lose the citizenship of India). Supporting John Locke’s theory of ‘tacit consent’, Charles Beitz’s quotes a thought-provoking example,

“….a landowner can say to a trespasser, ‘Unless you get off my land, you must clean my stables’.”

Written by Ashit Srivastava, a 5th Year Law Student in University of Lucknow