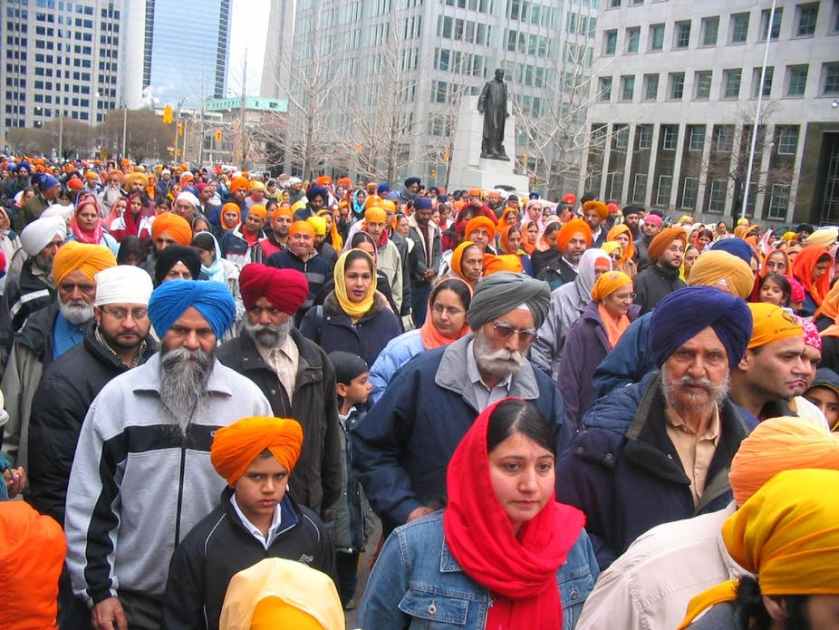 Punjab’s Diaspora is spread in different parts of the world, with a large concentration in the western world., It has not only distinguished itself globally in different walks of life, but also has contributed in a myriad of ways in the state’s growth, such as– remittances and philanthropy substantiated by the fact that  in the state’s growth (in 2016, remittances to Punjab accounted for 1.7% of the country’s total remittances, though there has been a significant drop in the aftermath of the covid19 pandemic).

Immigrants from Punjab, especially those based in the United Kingdom (UK), the United States, Australia and Canada, also take a keen interest in the state’s politics. All the important players in the upcoming assembly election including  (Shiromani Akali Dal (Badal), Shiromani Akali Dal (Amritsar), Indian National Congress (INC), Aam Aadmi Party (AAP),   have active units overseas, and neither of the partiesy can afford to ignore them. In the previous assembly election of 2017, overseas Punjabis overwhelmingly supported the Aam Aadmi Party (AAP). Over 2000 NRI’s returned home to support AAP, and it is supposed to have received a substantive percentage (20%) of its total funding from overseas. In the current election (on February 20th, 2022), it is unlikely that overseas Punjabis are likely to provide en-bloc support to any one political outfit. Due to the COVID-19covid19 pandemic and a disillusionment with political parties, the participation of overseas Punjabis in the current election is relatively lesser.

The diaspora did provide strong support—and not just financially—to the farmer’s protest,  but also by organizing peaceful protests overseas and increasing awareness with regards to the protest. Certain overseas Punjabis have been lending their support to the Sanyukt Samaj Morcha (SSM), the political front of 22 farmer unions.

Important issues and what political parties have to say about NRIs.

If one were to look at the Indian National Congress (INC), Punjab Congress Chief Navjot Singh Sidhu managed to get a group of NRIs. Sidhu called NRIs as “the soul of Punjab” and also said:

“Instead of doling out funds for electioneering, I urge each one of you to reach out to at least 100 of your relatives living in Punjab, convince them to vote only for the truth,”

While asking them to be stakeholders in the state’s development, Sidhu also said that issues such as red tape needed to be addressed in order to draw investment. The Punjab Congress Chief also said that priority needs to be given to the demands of NRIs on property related matters as well as matrimonial issues.

Other issues pertaining to the diaspora that have been addressed have been about greater air connectivity between Sri Guru Ram Das Airport (Amritsar) and Mohali International Airport with the rest of the world – especially UK, US and Canada. Significantly, Brad Vis, who represents Mission-Matsqui-Fraser Canyon in the Canadian House of Commons had sponsored a petition in the Canadian House of Commons which sought to enhance connectivity between Amritsar and Vancouver. More direct flights from Amritsar and Mohali to the West  are important because currently, passengers from the West have to fly to Delhi and then travel to Punjab. The total time for passengers from US and Canada to Punjab is thus 35-40 hours, while for passengers from Europe is up to 20 hours and these would reduce significantly.

Interestingly, What is also interesting is that political parties seem to have realized that immigration is a reality. While Punjabi migration to the West, East Africa, and Malaysia,  began in the late 19th century to the West, East Africa, and Malaysia and carried on in the 1960’s and 1970’s. In the aftermath of the painful events of 1984 and the early 1990’s, a large number of Sikh youth migrated due to police excesses, while in recent years there has been a rise in migration due to the lack of economic opportunities, and the rise of drugs. While in the past inward remittances contributed to the state’s economic growth, outward remittances have exceeded inward remittances.

The Shiromani Akali Dal (SAD) has promised financial assistance to students going overseas and in its joint manifesto with the Bahujan Samaj Party (BSP), it has also promised to set up a ministry for foreign employment and generation industry. The Congress Chief Minister Charanjit Singh Channi has promised scholarships to students for higher education overseas and free IELTS coaching. While successive governments have referred to the need for making the diaspora a stakeholder, the state has not been able to tap the economic or knowledge capital for a number of reasons. While Punjab has set up an NRI a Department of NRI Affairs and has an NRI Sabha and , to address grievances of NRI’s and, it has organized NRI Sammelans, although  (it has been argued that these cater only to a limited section of the diaspora). Certain states like Telangana and Kerala have set up departments which handle all issues pertaining to NRI, and work effectively with the center to constructively address issues impacting their respective diasporas in an effective way. In a changing global landscape, it is also important for Punjab not to focus on NRIs residing in a few western countries. Apart from this, in a post-COVID world, remittances are likely to drop (there has already been a significant drop ) and Punjab needs to tap on the knowledge and talent, in different spheres, in order to put the state’s economy back on track. It is also important to learn from states which have been successful in attracting the diaspora towards investment, and the development process in their respective states.