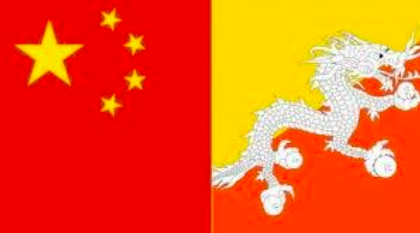 The Asian geopolitical landscape has witnessed a looming shadow in the form of the People’s Republic of China for the past few decades. As the largest Asian country, it shares borders, and hence border disputes, with a number of countries – Japan, India, Vietnam, Nepal, and Russia to name a few. Its expansionist policies have been on a rise recently, resulting in a border clash with India in the Galwan Valley, and a tense situation with Japan as Chinese navy ventured near the waters of Senkaku Islands, claimed to be Japanese territory. The Kingdom of Bhutan, another neighbour of China, is the latest nation to engage in a border dispute with China over the Sakteng Wildlife Sanctuary in its eastern region.

The Kingdom of Bhutan is a landlocked country which borders the Tibet Autonomous Region of China on the north and is surrounded by India on the other sides. China has historically claimed the Jakarlung and Paserlung areas in northern Bhutan and the Doklam plateau in western Bhutan as part of its territory. However, on June 29th, 2020 at the meeting of the Council of the Global Environment Facility, China objected to the grant being given to the Sakteng Wildlife Sanctuary in the eastern region of Bhutan, claiming that the region was ‘disputed’. Soon after, the Ministry of Foreign Affairs of China confirmed this by claiming that the eastern region of Bhutan has been disputed for a long time.

The 470km-long stretch of the border between China and Bhutan is not officially demarcated, and hence remains disputed. Bhutan is also the only neighbouring country which does not maintain formal diplomatic ties with China. The Sino-Bhutanese relationship is heavily moderated by India, and the Chinese Embassy in New Delhi is the one that handles Bhutanese matters. The only issue over which the two countries have established contact is that of the disputed territories in the North and West of Bhutan, and to that extent, there have been 24 rounds of negotiations from 1984 to 2016. Taking into consideration the unrecognised border and lack of formal relations, the latest move by China can be interpreted in two ways.

In the aftermath of the Galwan Valley dispute between India and China, and taking into account the close ties between India and Bhutan, China’s claim over a territory that lies right next to the Indian state of Arunachal Pradesh can be seen as a message to India. Bhutan’s diplomatic relations have always been heavily influenced by India, and even after the 2007 Friendship Treaty, India continues to play an important role in Bhutan’s affairs. By raising another territorial dispute with Bhutan, China might be attempting to cement its ties with Bhutan. The Sektang dispute is being seen as a manufactured crisis on the part of China, in an attempt to start negotiations with Bhutan, and as a result, pry it away from India’s influence. China has already made several attempts to establish and secure ties with Bhutan, through cultural and educational exchanges in the form of tourists and scholarships to Bhutanese students. As the tug-of-war between India and China continues, Bhutan might be the next field over which they lock horns.

The second and most probable reason for which China might have brought up the current territorial dispute is to use it as a bargaining chip with Bhutan. By bringing up this dispute, they could negotiate a deal with Bhutan that involves giving up the claim over the eastern territory in exchange for control over Doklam or another strategic location. The Chinese Ministry of Foreign Affairs’ response to the controversy with Bhutan hints at a ‘package deal’ that they would like to offer to Bhutan, similar to what they had offered back in 2017 during the Doklam standoff. In 2017, China had offered to abrogate its claim over the northern regions of Pasarlung and Jakarlung for the strategically important region of Doklam. Bhutan had rejected that proposal on India’s suggestion since Doklam was too close to the Siliguri corridor and India was apprehensive of Chinese power. However, the Sektang region that China wants to claim now is close to the border of the Tawang region in Arunachal Pradesh, which is itself claimed by China as part of Tibet. Any ‘package deal’ that China and Bhutan agree to would have repercussions on India, in the form of another Himalayan clash with China.

The ongoing dispute between China and Bhutan, therefore, is not merely one of territory and borders. While the reason for the dispute is undefined borders, it runs much deeper than that and brings into question the historical as well as current priorities of the nations involved. It also brings into the picture the role of India, which is not directly involved in the crisis but holds power over the decision that is to be made, and stands to face the consequences from that decision. Border disputes arise due to historical reasons, modern political choices, strategic decisions, or a combination of them all. In the case of Sino-Bhutanese relations, a formally unrecognised border provided greater ammunition for these disputes to arise, but the reasons for and the approach to solving the dispute definitely take into account the socio-political factors of the players involved in the international arena.

Akanksha Mishra is a student of political science and international relations at Ashoka University.