The inclusion of the Yuan in the SDR is a significant move in various respects. Deepanshu Mohan analyses the possible consequences of the ‘promotion’ of the Chinese currency. 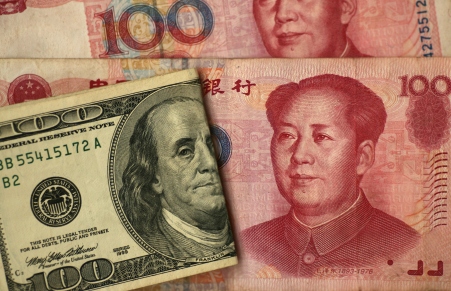 The cat is finally out of the bag. The IMF has confirmed that the Chinese yuan will be included in the Special Drawing Rights (SDR) basket of reserve currencies. It was only a matter of time until the IMF acted on this, despite the considerable pressure exerted from the United States and other developed economies. The United States, and others, remained sceptical about the feasibility and durability of the Yuan in serving as one of the ‘elite’ reserve currencies owing to its inscrutable management in the past.

China — the second largest economy after the United States — would see the inclusion of the yuan as a major symbolic win in the international financial and economic community. More importantly, China has operationalised new multilateral institutions like the Asian Infrastructure Investment Bank (AIIB) and the BRICS-led New Development Bank (NDB). Coupled with these institutional developments, including the yuan in the SDR reserve currency basket means that the yuan is likely to make significant inroads as an open tradable currency for emerging economies.

Both at a regional and global level, a rift between countries that prefer the US dollar versus those that prefer the yuan is quite likely on the cards. But the People’s Bank of China is likely to be careful in handling the yuan. It will maintain a stable float by building trust with major economic players that may prefer the yuan over the dollar. After all, more than a quarter of the world’s foreign investment (in terms of capital flows and trade exchanges) involves China.

Since the beginning of the Bretton Woods period in the 1940s, the dollar has been the dominant currency. The United States Federal Reserve manages and prints it to keep a fluid foreign exchange market. One of the major reasons that the United States accrued a large government debt is because it managed its local currency as a reserve currency. This operational flexibility allowed the US Federal Reserve to exercise unrestrained control in printing the dollar, as is well explained through the Triffin Dilemma.

In the last 10 years, particularly since the global financial crisis, the dollar seems to have lost its advantage. The dollar’s value saw sharp fluctuations with a sizeable appreciation and depreciation during the 2007–2010 period that negatively impacted growth. But since 2010 there has been a general appreciation of the dollar. This has been largely due to effective monetary policies that supported better exchange rate management by the US Federal Reserve.

But the dollar has still managed to sustain trust among most developing economies as alternative currencies (such as the euro) are also performing poorly. Until recently, China was also content to accumulate dollars and buy US government bonds through its earnings from exports.

Including the yuan in the SDR basket is also likely to help China restructure its economy as it grapples with a manufacturing slowdown and attempts a shift towards the service sector. China’s international credit rating and credibility will significantly improve, which will only help its case in pushing for more inwards and outward foreign investment as the largest stakeholder in the AIIB and the NDB.

The Chinese yuan has been included in the SDR basket with a weight of 10.92 per cent — higher than both the Japanese yen and the pound sterling. This is a good start for the yuan in building more trust as an open tradable currency among emerging global economic players. During the last rebalancing of currency weights in 2010, the dollar accounted for 41.9 per cent, the euro 37.4 per cent, the pound 11.3 per cent and the yen 9.4 per cent.

The US Federal Reserve will likely react to the yuan’s internationalisation by raising domestic interest rates, which will raise the value of the dollar over time. Those investing in the dollar are likely to get higher returns, but companies that have borrowed in US dollars will face higher debt costs.

Whatever may be the case, it is safe to surmise that with the rise of the yuan as a freely usable reserve currency comes the beginning of the end of the era of dollar-ization. Countries will be less willing in the future to align their currencies with the US dollar as a means to achieving economic prosperity and financial integration.

This article was first published at the East Asia Forum on 10th December, 2015

Deepanshu Mohan is an assistant professor of economics and the assistant director at the Centre on International Economic Studies, OP Jindal Global University.